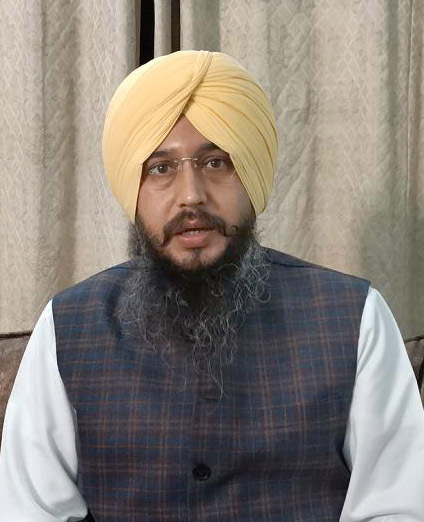 A press conference was organised by Damanvir Singh Phillaur on Sunday, in which he expressed his anguish over the failure of implementation of the post-matric scholarship scheme launched for the SC students for the past many years.

Son of former Cabinet minister and now Congress leader Sarwan Singh Phillaur, Damanvir Phillaur said post-matric scholarship scheme was initiated by the Government of India a few years ago for the betterment and uplift of students of weaker sections — mainly reserved categories or Scheduled Castes. But the scheme which was floated for their betterment turned out to be a major problem for the reserved category students as well their parents.

He said shockingly, the Education Department of Punjab issued a circular dated February 22, which capped the fee structure of SC students studying in private colleges by 75 per cent (approximately). He said this kind of action would prove to be a major hurdle in the uplift of the downtrodden section of society. He said for the past 3-4 years, a backlog of approximately Rs1,850 crore is still pending, which is forcing poor students to run from pillar to post.

Worried about the dropout ratio of SC students, he said both Centre and state governments should clarify their stance towards the reserved category students and parents, who are finding it hard to cope with the education level of other categories.

He appealed to the CM of Punjab and MLAs of reserved category, irrespective of their political affiliations, to take up this issue in the upcoming Vidhan Sabha session, so that justice could be done with the SC students and their parents.