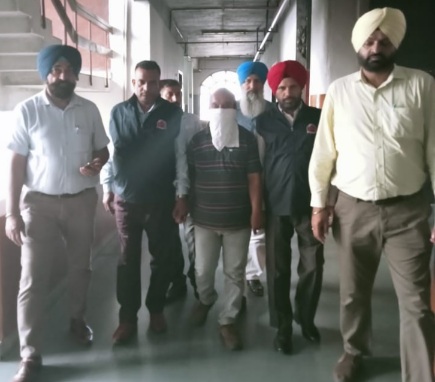 The Vigilance Bureau on Friday nabbed Anil Kumar, a panchayat secretary, posted at Talwara block here for accepting a bribe of Rs 10,000.

A spokesperson for the state Vigilance Bureau said the bureau had launched a crusade on the directions of Chief Minister Bhagwant Mann to eradicate corrupt practices in government offices. In this regard, the VB caught panchayat secretary Anil Kumar, posted at Changrwan village, under the Talwara BDPO Office, for demanding and accepting bribe from the complainant, Changrwan village sarpanch Sushma Devi.

He added that the complainant approached the bureau and alleged that the accused demanded bribe in the name of audit of gram panchayat funds which were already settled by an audit team and threatened that auditors may give adverse report against the utilisation of funds pertaining to the panchayat.

After finding the veracity of facts, a vigilance team laid a trap and the accused was nabbed red handed in the presence of two government officials as witnesses. The tainted money was recovered from him, he added. The spokesperson said a case was registered and probe is on.