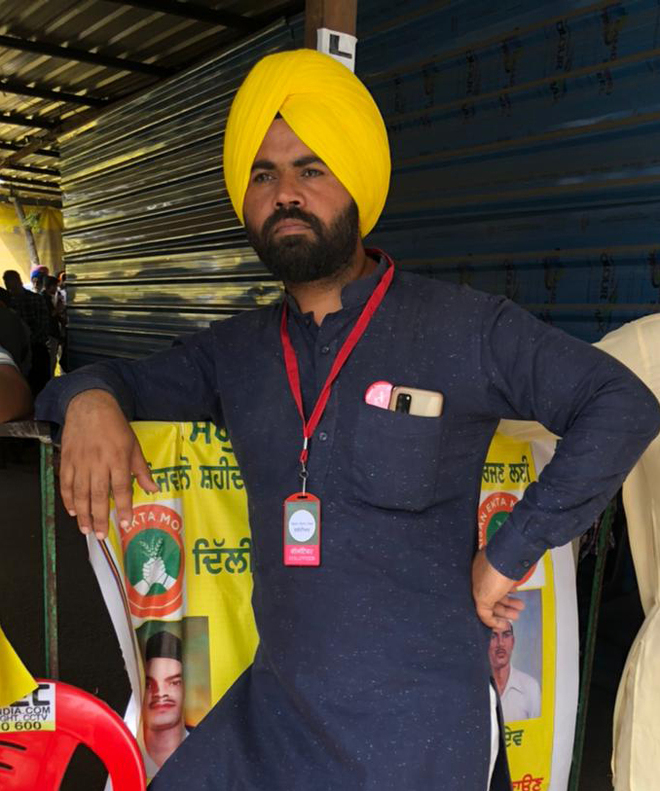 Tarpreet Singh Uppal (32), convener, Kirti Kisan Union, has been protesting at Delhi borders since the beginning of the farmers’ agitation and determined not to head back till the Centre repeals the controversial agri laws. He wants to see demands of farmers getting fulfilled this year.

Asked if he thinks of going back to his native place, he said, ‘Je main hun vaapis aa gaya te, eh ohna naal na insaafi hoyegi, jinna ne apniya jaana gavaiya (If I come back now, it will be insult to those who had lost their lives during the stir).

I wanted to migrate to Canada for a better future, but when I joined the protest, the urge and wish to settle abroad completely vanished. Now, my only objective is to see farmers’ demands accepted.

Tarpreet said, “I wanted to migrate to Canada for a better future, but when I joined the protest, the urge and wish to settle abroad completely vanished. Now, my only objective is to see farmers’ demands accepted.”

Since the start of the movement, Tarpreet has been working to strengthen the movement. He along with other volunteers have been working day and night to ensure maximum participation of youngsters in this movement.

Tarpreet has been looking after every arrangement, right from managing the stage and maintaining discipline. Tarpreet’s day starts early in the morning and continue to work till late at night.

“We want a plethora of youngsters from Punjab for the movement,” he said.

He said people from every faith were present at the protest sites. “Not just youngsters associated with the farming community, but everyone must head to Delhi in solidarity with farmers,” he said.

Other members of the Kirti Kisan Union have been eyeing to maximise their reach and interact with youths through social media.

He said the movement was gaining the momentum and rush was increasing at the protest sites. “I am firm that come what may, I am going to stay here, till the issues are not addressed by the Centre,” said Tarpreet.