To open or not to open schools?

Parents in a dilemma during pandemic; pvt schools in favour of normal schedule 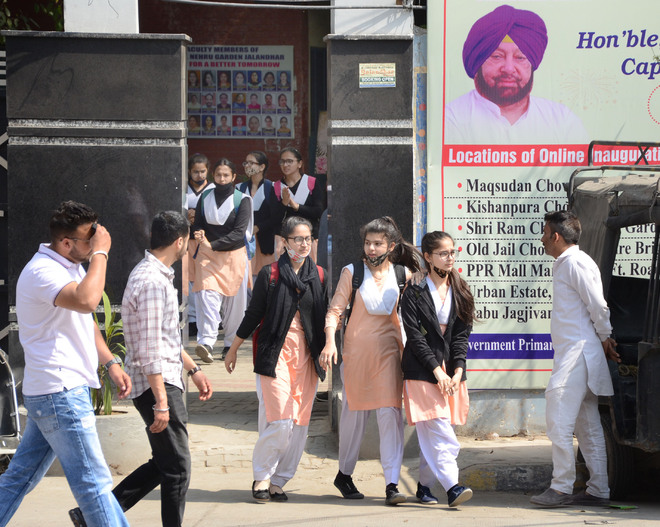 While many parents and residents are livid at the closure of schools when cinemas, liquor vends and political rallies are allowed to operate, the irony is that less than a month ago, there was a huge clamour among parents demanding the closure of schools after many students in the district tested positive. At a teachers’ convention in Jalandhar as well, one of the demands was the opening of schools amid ‘Covid protocol’. While on March 5 itself, as many as 136 schools children in the district tested positive – a similar scenario in other districts also prevailed – with mass Covid infections among schools students the state government closed schools yet again on March 19. With the government coming under criticism yet again for the closure of schools – many say the criticism has been partly fuelled by the private lobby.

Notably, while the exams of the board classes weren’t yet held when schools were closed, the government decided to promote the students of Classes VI, VII and IX without exams. The exams of the Class V were on – with one yet to go – when the schools were shut on March 19.

A teacher of the government school said, “My daughter is in higher secondary and I am a teacher myself. I am indeed worried about my daughter’s higher education. Loss of studies with such huge periods of closure is inevitable. But given the new strain, parents also understand that the move is essential to safeguard their own as well as their kids’ health. The severity this time is much. Schools can resume after the worst is over.”

Karnail Phillaur, of the Government Teachers Union, said, “Our demand is that schools must be opened amid Covid protocol, so that the education of students isn’t put in jeopardy. Abiding by the protocol is important. However, the criticism is also fueled by the private sector as they are not able to levy hefty charges similar to the pre-Covid times. The Government Teachers Union opinion that schools must be opened amid full security measures in place.”