As Assembly elections in the state draw near, several leaders resort to party-switching 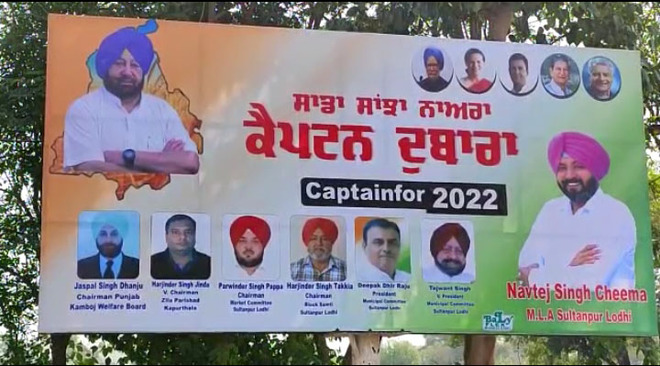 Five days ago, Khaira, who used to contest from Bholath on the Congress ticket, but had moved to the AAP ahead of the 2017 Assembly poll and later, floated his own party to contest the 2019 General Elections from Bathinda, has once again started batting for the Congress from his home turf.

On Monday, Sajjan Singh Cheema, who had contested from the AAP from Sultanpur Lodhi during the 2017 Assembly poll and later, joined Shiromani Akali Dal (SAD), joined the AAP once again. Cheema, it’s learnt, quit the SAD as they could not afford to ignore its senior leader and ex-minister Dr Upinderjit Kaur at this juncture and set another rebellion. Dr Upinderjit has twice lost to the Congress’ Navtej Cheema. The change has made it look like as if Sultanpur Lodhi will witness a triangular contest yet again during the 2022 Assembly poll.

Even Navtej Cheema has stepped up his political activities in the area. A pro-Capt Amarinder Singh camp MLA, he had hosted dinner for four other MLAs at his place, including Sukhpal Khaira, Khanna MLA Gurkirat Kotli, Gurpreet Singh GP from Bassi Pathana and Sukhpal Bhullar from Khem Karan.

Doaba region, which remained politically quite dormant for the last four years, has all of a sudden become very active. The recent tough stance adopted by Jalandhar Cantonment MLA Pargat Singh challenging the position of Capt Amarinder Singh as the CM and reports of Kapurthala MLA Rana Gurjit Singh teaming up with Pargat had earlier made the region come in focus yet again.

The situation has led to many uncertainties, largely depending on whether Pargat would contest the 2022 Assembly elections from the Congress or not. If the situation arises wherein he decides to ultimately quit the party, there would remain a big question mark on who would contest on the Congress ticket from this segment. Other than ex-MLA Jagbir Brar, many more would contest from this seat, including AICC spokesperson Jaiveer Shergill, PUNSUP chairman Tejinder Bittu and the Kartarpur Improvement Trust chairman Rana Randhawa.

If Brar, who had contested from Nakodar in 2017, gets the ticket from Jalandhar Cantonment, the party will have to pitch in a candidate from Nakodar. With Pargat being quite close to Markfed chairman and ex-Nakodar MLA Amarjit Singh Samra and now their bonding changing into a relationship with Pargat’s daughter getting engaged to Samra’s grandson, there’s also a general perception that Pargat has become a bigger leader and was gaining strength in the region.