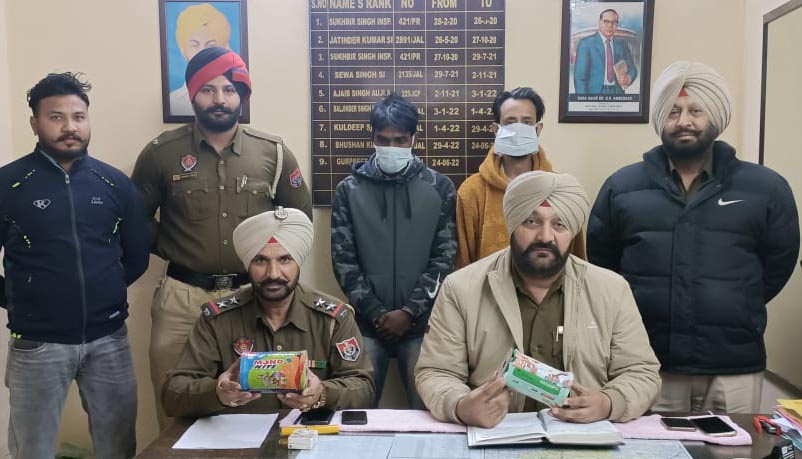 The police show the spools of banned Chinese string in Jalandhar.

A police team of the division number 2 arrested two persons and recovered 17 rolls of Chinese string from their possession on Sunday. The police also seized an Activa scooter from them. The suspects have been identified as Arun and Jatinder, residents of Basti Danishmanda.

As per information, a team of police officials, led by SI Harjit Singh, was present near the Patel Chowk for checking. They received information that Arun and Jatinder, who had a large quantity of Chinese string in their possession, were coming from the Basti Adda chowk to the Jail Chowk side on their Activa scooter bearing registration number PB08EG1386.

SI Harjit said acting on the tip-off, the police team laid a naka on the said route and arrested the duo. On checking, 17 spools of banned string were recovered from their possession.

He said a case under Section 188 of the IPC had been registered against the suspects. Further investigations were on into the matter. The suspects would be taken in police remand to interrogate from where they were procuring the banned string.