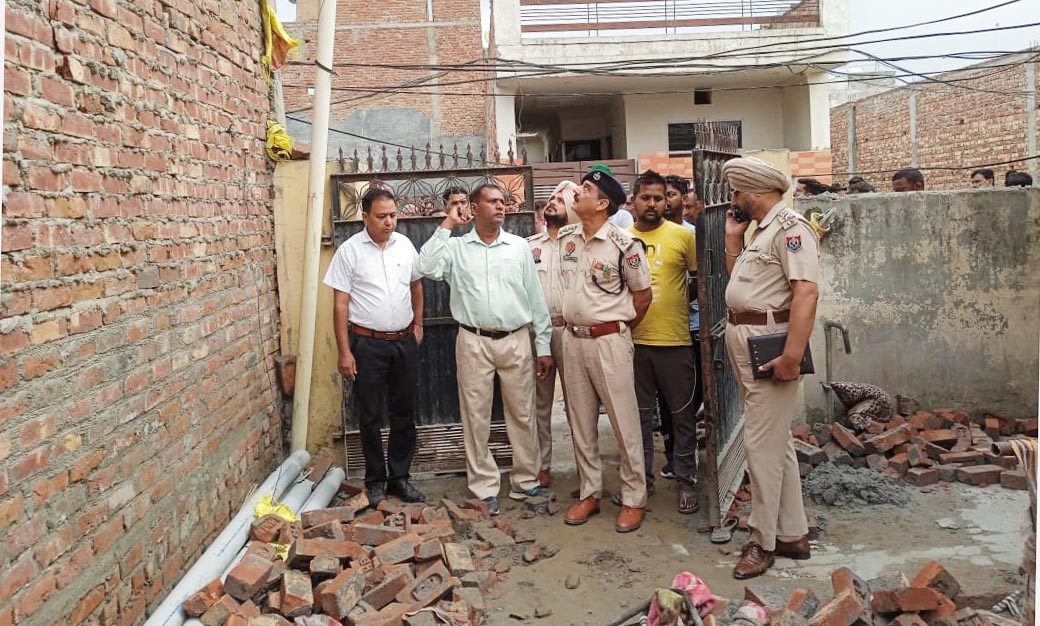 Police personnel at the site where an under-construction wall collapsed following high-velocity winds and rain in Jalandhar. Tribune photo

Two women died after an under-construction wall of their neighbour’s house fell on them in Indira Colony at Dhina Village in Jalandhar Cantt on late Sunday night after high-velocity winds and rain lashed the city.

While Manpreet and Vandana died on the spot, Paramjit Singh, Raj Kumar and Mohit (other family members) were rushed to a nearby hospital.

According to information, a wall was being constructed on the upper portion of their neighbour’s house. On Sunday late night, high-velocity winds followed by rain lashed the city and led to the fall of the wall towards their lobby. All the family members were asleep when the incident took place.

Talking to Jalandhar Tribune, Cantt police officials said the police team along with the officers of fire department reached the spot in 10-15 minutes after receiving the information. They said the locals in the area helped the family to take out the bodies from the debris, while the injured family members were taken to the hospital.

They said they are investigating the matter and checking the quality of material being used by the neighbour for constructing the upper portion. “The bodies of both the deceased women have been sent to the Civil Hospital for postmortem,” they added.