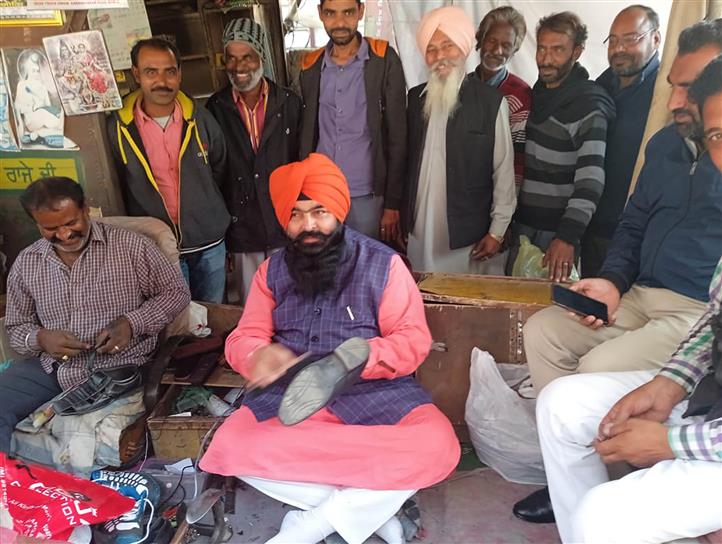 Two-time MLA from reserved seat Banga, Mohan Lal Banga, who was seeking Congress ticket from the Assembly seat, has taken to a unique way of protest against his own party by choosing to sit down with a shoeshiner the day through and make an earning.

Mohan Lal is angry with Punjab Chief Minister Charanjit Singh Channi ever since he visited the Banga constituency and projected his Principal Secretary Hussan Lal as the likely candidate from the seat.

Mohan Lal said: “Since the CM is projecting his staff members and retired IAS officers from as many as four seats, the politicians have no work left to do. So, I will be sitting with the shoeshiner at the bus stand and helping him make more earning. Leather work is the only occupation that my family has been engaged in. So, I will carry it forward now”.

Taking a jibe against Channi, he said: “We were happy to bring him in as the replacement of Capt Amarinder Singh. We were upset with the ex-CM for he trusted his official coterie more than us and always used to be surrounded by them. But the new CM is also doing exactly what his predecessor had been doing.”

Mohan Lal said he would meet PPCC chief Navjot Sidhu and party in-charge Harish Chaudhary in this regard soon. On a serious note, he said: “I will definitely contest in the coming elections. There are many other platforms from which I can seek vote.”