UP resident arrested with 2.6 kg of opium : The Tribune India

UP resident arrested with 2.6 kg of opium 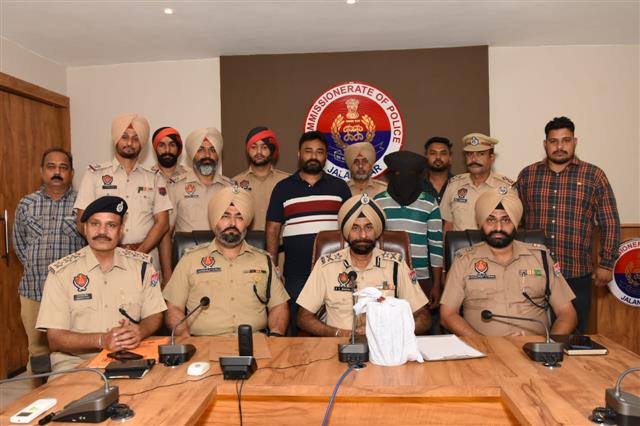 The accused in police custody.

The anti-narcotics cell of the city police arrested a person with 2.65-kg opium on Tuesday. The accused has been identified as Rahul (23), a resident of a village in Budaun, Uttar Pradesh.

Jaskiranjit Singh Teja, DCP (Investigation) said a police team of an anti-narcotics cell was present near the Adarsh Nagar Park, on the main road, for checking, when they saw Rahul walking towards the Chick-Chick chowk.

When police officials signalled him to stop, he turned around and headed in the opposite direction, trying to escape. The police got hold of him, and when he was frisked, 2.65kg of opium was recovered from his possession. A case has been registered under Sections 18, 61 and 85 of the NDPS Act at Police Division No. 2.

DCP Teja further revealed that during the interrogation, Rahul shared that he had been working as a mechanic in Budaun, and that he got involved in the drug trade only recently. He had come to Jalandhar to deliver the consignment of drugs. The police have sought his remand to further investigate the case.