Making rounds of Suwidha Centres, but Aadhaar card not getting updated | In touch with UIDAI officials: ADC 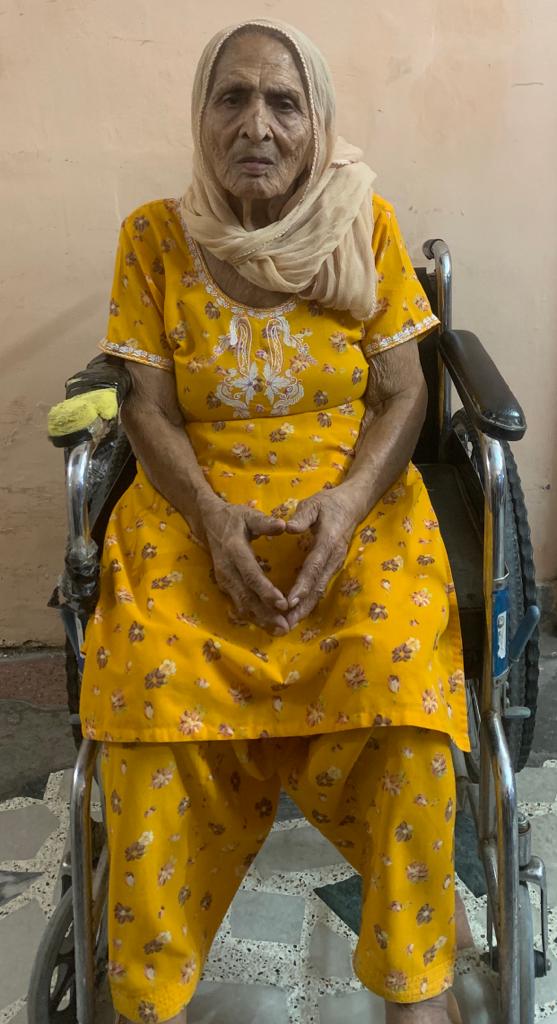 It has been three months since 85-year-old wheelchair-bound Krishna has been making rounds to Suwidha Centres and administration offices, but all in vain. She has not been able to get her date of birth updated on her Aadhar card.

Her previous Aadhaar card, which she got made in 2011, mentions only her year of birth 1937 in front of the ‘Date of Birth’ column and not the date and month.

I took up the matter with local officials, who directed me to the Chandigarh office. I was further told to contact the Bengaluru office but it too re-directed me to Chandigarh. — Prince Taneja, krishna’s grandson

Ever since her husband Ram Chand, who was a retiree from the Municipal Corporation, passed away in May and she got entitled for the family pension, she applied for the same in the department. She was asked to submit her documents to Punjab National Bank at Model House. The bank authorities said she could not take the claim until she got her Unique Identification Authority of India (UIDAI) card updated with complete date of birth in the DD/MM/YYYY format.

A resident of Rajput Nagar in Model House, she said, “I have visited Suwidha Centres for my Aadhar updation at least five times but have always faced rejection due to technical grounds”.

Her grandson Prince Taneja explained: “We are being told that there were issues with finger-print matching owing to aging and whorls on her finger tips fading away. It is so hard for her to commute every time. I have taken up the matter with the local administrative officials, who directed me to the Chandigarh office, via grievances and helpline contacts and emails. The emails have also not yielded anything conclusive. I was told to contact the Bengaluru office but they too have re-directed me to Chandigarh. We are really in a fix.”

Additional Deputy Commissioner (G) Major Amit Sareen said, “I am in contact with the Chandigarh UIDAI team and will surely try to get the work done.”