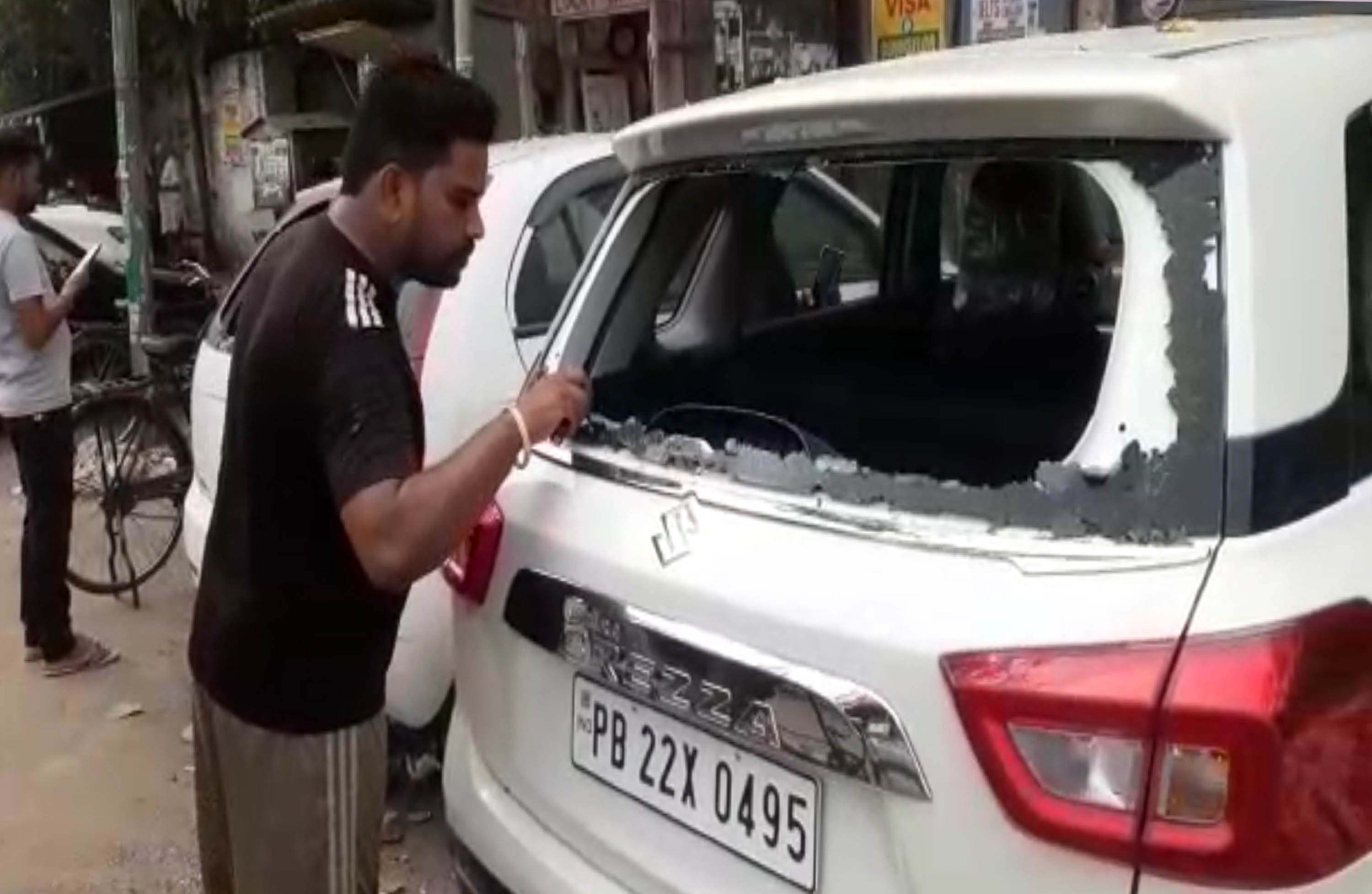 A man inspects his damaged car near Lamma Pind Chowk in Jalandhar. A Tribune Photo

Front and rear windshields of five to six cars were smashed by some miscreants near a sweet shop in Santokhpura at Lamma Pind Chowk late Tuesday night.

As per the police, an owner of the car, in his statement, said when he went to clean his car in the morning around 5:30 am, he saw that the front and rear windshields of all vehicles were lying broken. He then reported the incident to the police. 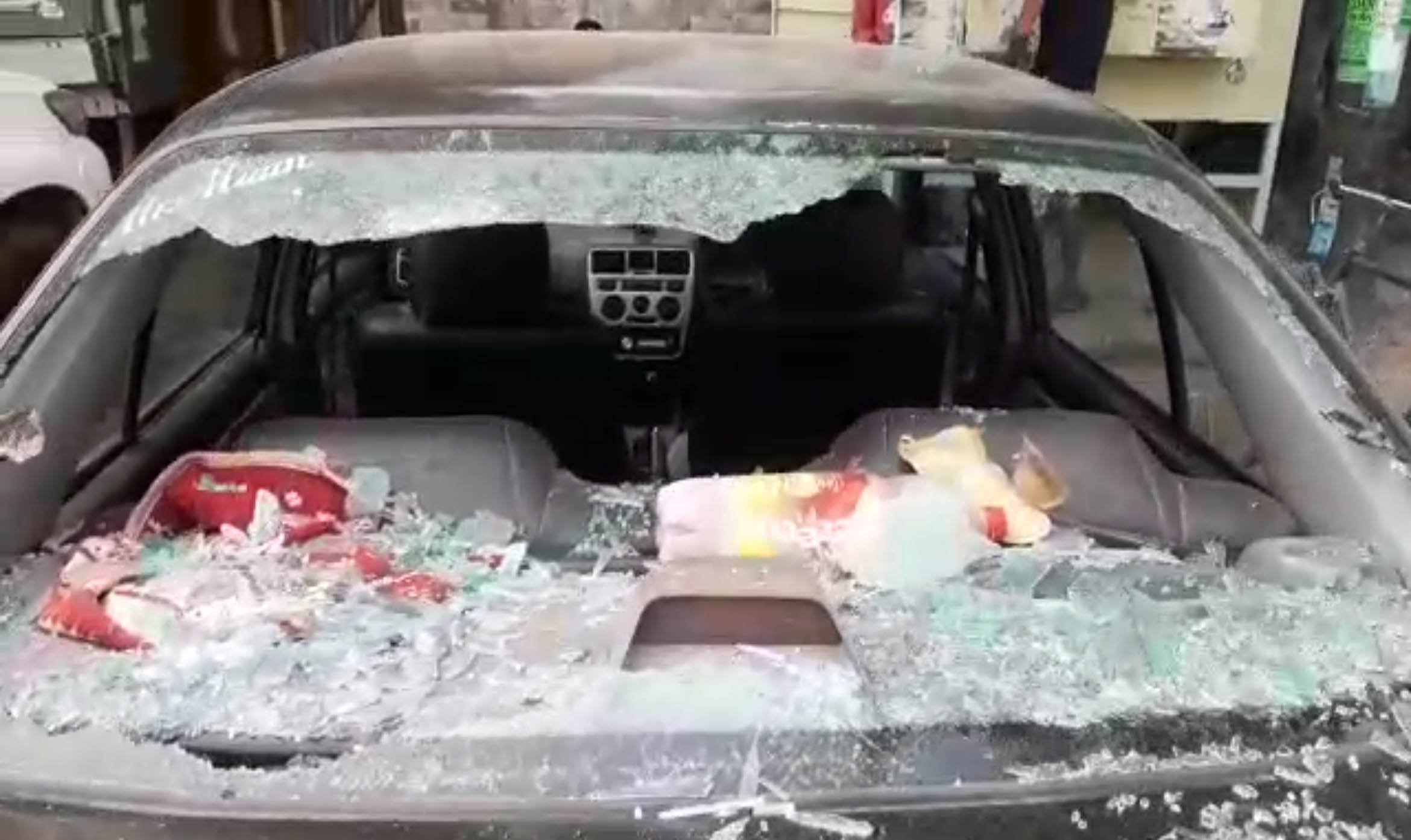 We are scrutinising the CCTV camera footage of the surrounding areas and have found a youth pelting stones at vehicles. We suspect that this is not the work of just one person.Rs Navdeep Singh, Rama Mandi SHO

“On receiving the complaint, the police teams immediately reached the spot and started an investigation. We have seized the footage of CCTV cameras installed in the surrounding areas and started scrutinising it. A youth has been captured in the cameras, he was seen pelting stones at the cars, but we suspect that this is not the work of just one person,” said Navdeep Singh, SHO Rama Mandi.

He said a case against unknown persons has been registered and police teams are trying to locate the person, who was seen in the CCTV footage. Besides, we are examining the CCTV cameras installed on the roads close to Lamma Pind Chowk, to check which way the miscreants fled after damaging the cars.