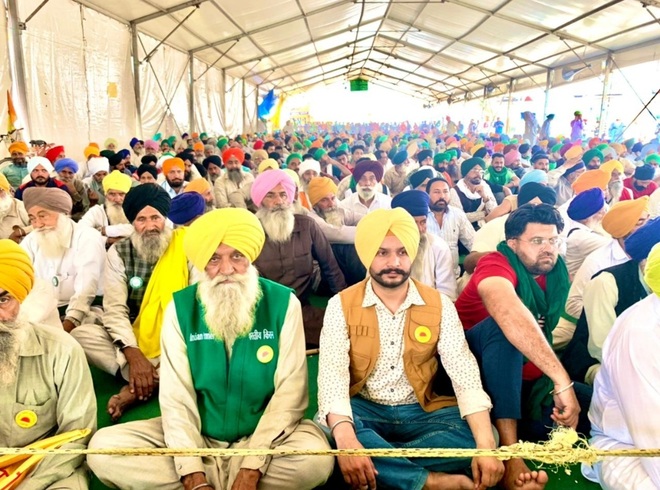 The agitators who have been participating in the protest for past 10 months have started mobilising youth to join their movement.

With political campaigns picking up pace in the region, the agitators who have been participating in the farmers’ protest, for the past 10 months have also started mobilising youth to join their movement. The farm leaders say, while they don’t support any particular party, they are against the Modi-led BJP government. From organising social media live events from protest sites to raising awareness among youth about the MSP and farm laws, the farm right activists are certainly bringing back the spotlight on farmers’ protest that started last year in the month of November.

Apart from this, there are various events in the pipeline to amplify the historic moment amid escalating political campaigns. Prompting more and more people to participate in the protest, the farm leaders have also scheduled various events.

From September 23 onwards, Kabbadi tournaments will also be organised on both Singhu and Tikri borders. The 400th Parkash Purb of Guru Teg Bahadur and Bhagat Singh’s birth anniversary will also be celebrated.

“It is coming from the very basic idea beneath the farmers’ protest that under the high beam political campaigns, the sole issue of the abolishment of the laws should not diminish. We believe that this period of electioneering chaos can be en-cashed to bring back the focus on demands the farmers have been raising persistently,” said Harjinder Singh Tanda, leader of Azad Kisan Sangharsh Committee.

Similarly, Kanwar Sartaj Singh, who has been supporting the protest since last year said: “The IT cell of farmers remains active. When there are no events at the protest sites, we shift to social media platforms to inform social media users, especially youngsters, about the farmers’ movement, importance of Minimum Support Price (MSP), the implications of the contentious farm laws and others. We can’t let the political dynamics subside the core issues of farmers. The entry of political leaders have already been banned in various villages across the Doaba region.”

Baljit Singh and Gavvy from Phillaur, who have been running the IT-cell related to the farmers’ protest starts their day with the new developments in the protest only. With lakhs of followers, they say, they are fighting the battle online as well as offline. He said while a large groups of farmers and their leaders are on the ground to protect the farm rights, a dedicated team monitors the movement of political leaders on social media.