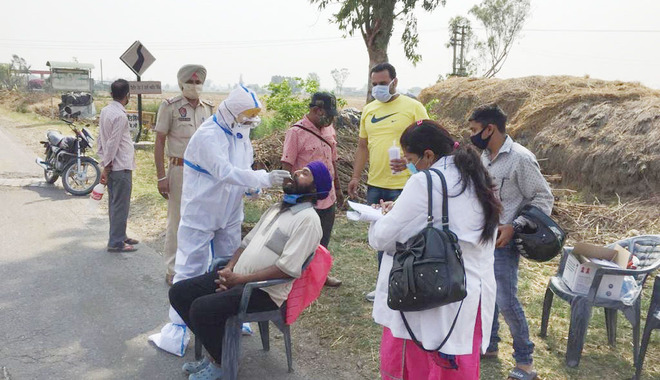 High number of Covid-19 positive cases and unreported deaths in villages has become a cause for concern.

“Rumours regarding vaccination are also floating around in villages. People say health deteriorates after the vaccination. This is another challenge to make them believe that everything will be fine. As an MLA, whenever I meet anyone, I ask them to get vaccinated,” he said.

As a result, the police have taken several initiatives in rural areas. Ravi Kumar, SP (Headquarters), said during the second wave, cases were being reported from rural areas in high numbers. “There are unreported deaths, which is why the initiative has been taken. We are looking for accurate data,” he said.

The SP said the rural police have decided to rope in locals to help panchayats report about sick patient in villages.

“Two youngsters per village and ward are being identified to keep a tab on sick persons in their respective areas as well as to liaison with medical teams through panchayats. They will also be responsible to liaison with VPOs regarding any issue arising in their areas, including black marketing of medicines,” said the SP.

Even sarpanches and panchayat members were being encouraged to pass resolutions regarding restricting entry of outsiders into their villages, especially those having Covid-19 symptoms, step up vaccination and testing, among others.

Recently, Balachaur MLA Darshan Singh Mangupur, had raised the issue that reports coming from villages were worrisome. “Once Covid spreads in villages, it will become difficult to tackle the pandemic,” said Mangupur.

According to the police, more than 20 resolutions have already been passed by villages and wards. Also, WhatsApp group related to Covid-19 have been created to enable sarpanches and panchayat members play a better role, including countering misinformation and fake news.