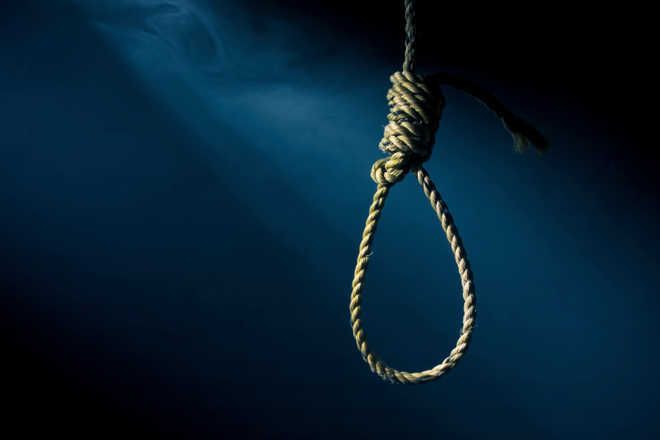 A youth (23) and his beloved (23) committed suicide at Pensra village in Garhshankar subdivision here on Thursday. The Mahilpur police have booked three members of the girl’s family and eight members of the youth’s family for abetting suicide.

The youth, identified as Sarabjit Singh Sabi, was found hanging in his house at around 11.30 am. His father, Harmesh Kumar, lodged a complaint with the police that his son Sabi was in love with a girl (a neighbor), identified as Manpreet Kaur Matto, to which her family objected.

Later in the evening, Manpreet Kaur Matto was also found dead. Her mother Kulwinder Kaur lodged a complaint with the police that after Sabi’s suicide his father Harmesh Kumar, mother Jagsis Kaur, brother Ladi, Manjinder Kumar and his wife Majit Kaur, Avtar Singh, Surjit Pal and his wife Davinder Kaur came to their home and abused them. After they departed, her daughter Matto committed suicide. The police have booked all eight members under Section 306 of the IPC.

Mahilpur SHO Sukhwinder Singh said the bodies were handed over to their respective kin after a postmortem, which were cremated later.