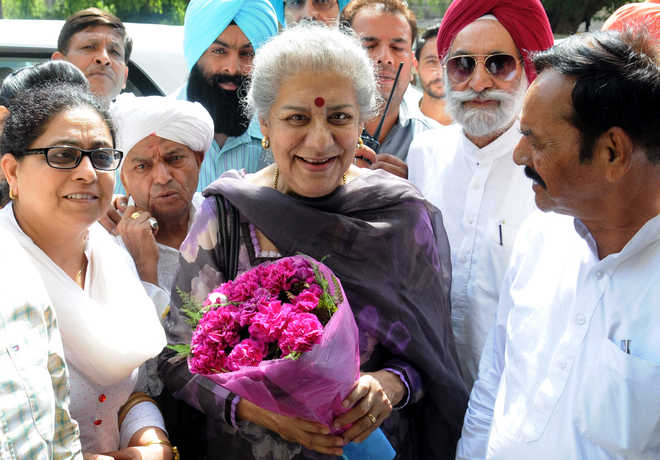 Garhshankar: Youth Congress leader Pranab Kripal has welcomed the appointment of former Union Minister Ambika Soni as the member of the executive committee of the All-India Congress and a special committee constituted to advise the Congress president. He said: “Ambika Soni is a grassroots leader and has more than 50 years of experience in the organisation.” He said the Congress would be strengthened by the appointment of Soni. “It is a matter of pride especially for Hoshiarpur district,” said Kirpal. OC

Jalandhar: The Punjab wing of the Indian National Trade Union Congress (INTUC) on Sunday held an online meeting conducted by its state president Dr Subhash Sharma. The meeting condemned the anti-labour and anti-poor policies of the Modi government. The meeting also condemned the Union Government’s policy of selling out private sector to capitalists. INTUC also reminded the state government of its failure to provide jobs to the youth, restoring employments lost during Covid-19, no care towards agitating employees demanding regular employments on full pay scales and with new pay commission report. TNS

Jalandhar: Several farmer associations will hold a protest against agriculture ordinances promulgated by the Centre, on September 15. They will block roads and highways and have also requested the public not to come out as they might have to face inconvenience due to road blocks from 12- 2 pm. The farmer leaders said people from all walks of lives, be it arhtiya (commission agent), businessman or customer, will eventually suffer because of the ordinances. As many as 11 organisations had organised a meeting at the Desh Bhagat Yadgar Hall. TNS