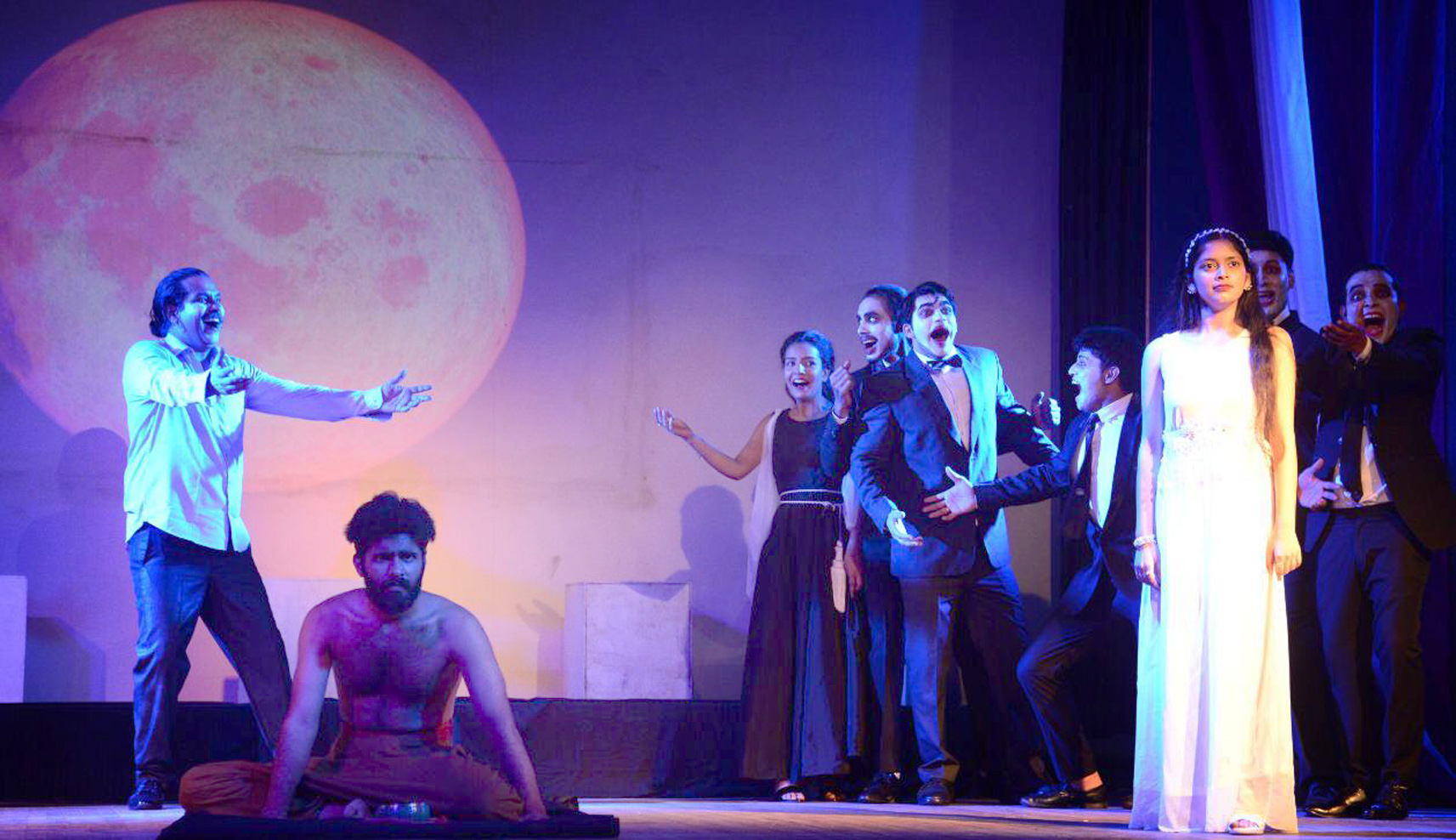 Oscar Wilde's famous and controversial play 'Salome' was staged at Saigal Memorial Hall to a packed audience on Saturday night.

It is the story of the Salome, daughter of emperor, Tetrarch Herod, who at his lovely daughter’s behest, ordered the head of John the Baptist on a platter.

The harbinger of Jesus, John the Baptist was the prophet who foretold the coming of the Messiah and rejected the degeneracy of the sovereign and his household.

John the Baptiste in turn incurred the wrath of Salome’s mother Herodias, after he condemned the marriage between Herod and Heordias (who was earlier married to Herod’s half brother) as being against Mosaic Law. The prophet had also spurned Salome’s overtures.

Prompted by her mother, and incensed by rejection, Salome finally fulfilled her wish of killing the prophet’s head - if only severed from its body and placed on a platter. A wish granted reluctantly by her step-father Herod, charmed by his daughter’s dance of the seven veils.

Credit goes to the YUVAA theatre group’s confidence that it dared to adapt the controversial play replete with themes of incest and debauchery for a Jalandhar audience in the Punjabi language. The palace captains’ and soldiers’ lusty, wistful monologues eulogising Salome’s silvery, soft, moon-kissed visage were ornamented with chaste Punjabi which was a pleasure to listen to and watch. The warnings of fellow captain’s to an associate “not to look at Salome that much, lest something untoward happened” - added an early air of mystery and suspense.

The dialogues were replete with plush imagery in contrast to the stage and costumes, which were minimal and ordinary with the picture of a lit up moon, turning exceedingly red, as the stage’s only backdrop. The Captains’ and soldiers’ white painted, lit up expressive faces served as constant cues to the drama unfolding on stage. The sombre, understated act of John the Baptist was self assured and a welcome contrast to the intentionally bawdy antics of Salome, her mother Herodias and the Bacchus loving king Herod.

To those previously versed with the tale of Salome, the layered complexities make it a tricky feat to be reproduced on stage already. However, director Ankur Sharma put on a fair feat with the one-act play.

However, the play’s early triumphs emerged its eventual failings. YUVAA’s previous outings have delved impressively with shock and mystery. The character of Salome and the support cast playing captains, soldiers and guards remained on stage all through from beginning to end. The audience was accorded no relief or element of surprise in settings and characters in a play which offers ample opportunities for the same. The late entry of Herod and Herodias brought a momentary relief, but soon the momentum drooped again. Until the audience got to know where things were headed, the play had already stretched a tad too much.