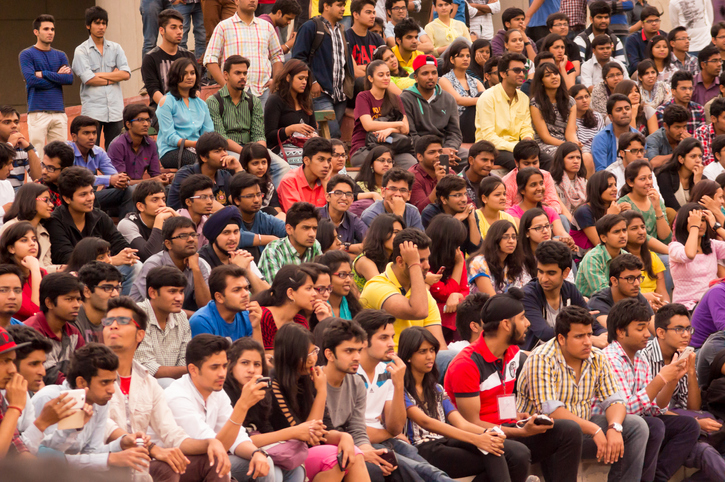 With Delhi University colleges witnessing a large number of admissions of students from the Kerala state board, the university has issued guidelines on inclusion of subjects from other state boards equivalent to ones taught under the Central Board of Secondary Education in the calculation of cut-off marks.

There is an equivalence committee which decides which subjects from state boards would be similar to CBSE subjects and their inclusion while calculating the cut-off score -- the average of best-of-four marks.

"If they (committee) say that a subject is not equivalent, it cannot be included in Best of Four," said Rajeev Gupta, Chairman, Admissions at the university.

A meeting was held on Tuesday with colleges and a list was shared with them.

Citing an example, Gupta said that CBSE has started Applied Mathematics as a subject to help students who are not well-versed with Mathematics, which means it is easier than Mathematics.

The committee considers factors like theory and practical component, syllabus, etc. while deciding on the equivalence, Gupta said.

However, the Bihar School Education Board has 50-mark Hindi and English papers, in addition to 100-mark papers of both the subjects. The committee has stated that the 50-mark papers will not be considered for calculation of best-of-four average for applying to DU colleges.

Likewise, Secretarial Practice of the Maharashtra board won't be considered equivalent to Business Studies taught to CBSE students. Many of the colleges that have pegged 100 per cent cut-offs for some courses have seen applications from perfect scorers from the Kerala state board.

It has come to light that certain colleges are rejecting applications without stating any substantial reason or withholding applications arbitrarily stating "clarifications to be sought from the university".

In a related development, the Students' Federation of India demanded that CBSE and its evaluation should not be the deciding factor in admissions.

"It has also been identified that CBSE and their methods are being the deciding factor regarding concerns of other state boards. These tendencies have to stop and the university must be comprehensive," the Left student outfit said in a statement. It also alleged discrimination against a "particular state board".

"DU is bound to admit students satisfying all the eligibility criteria, it is a matter of shame that applicants are being discriminated against based on their board, while the hard work put in by the applicants from these varying boards are the same," the student outfit said.

It also alleged that a faculty member of the university had "antagonised the Kerala board for the commendable work of its students and had using terms such as "MarksJihad".

"The university must put in place a mechanism through which it can clarify its doubts regarding different boards, their syllabus, mark distribution and calculation rather than putting the applicants at stake... We hope the university will issue necessary orders to smoothen the admission process for the students of Kerala Board of Secondary Education as for anybody from any other state board," it said.

Over 2.87 lakh students have applied for Delhi University's undergraduate courses, down from 3.53 lakh applications last year, with the maximum number of aspirants being from CBSE.

Over 2.29 lakh applicants were from CBSE-affiliated schools, followed by Board of School Education Haryana (9,918), Council for the Indian School Certification Examination (9,659) and UP Board of High School and Intermediate Education (8,007). There were 4,824 applicants from Kerala Board of Higher Secondary Education. PTI