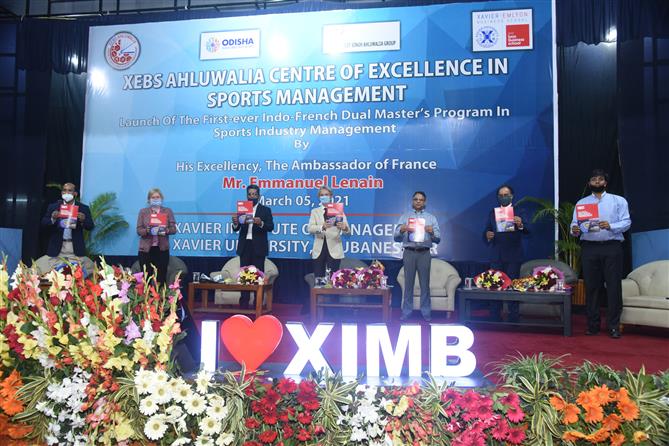 The Indo-French dual degree programme, being launched under the aegis of the XEBS Ahluwalia Centre of Excellence in Sports Management (XEBS CESM), is expected to be a gamechanger in the field of sports industry management with an MBA degree from Xavier University, Bhubaneswar and MSc degree from emlyon business school, France.

One of the high-performance centres of excellence of the Odisha Government which was formed with support from KJS Ahluwalia Group in 2019, XEBS CESM has earlier launched two certificate programs in sports management.

The programme offering multi-campus experience across Bhubaneswar (XUB campus) and Paris (emlyon business school campus) will be a full-time two-year residential program and bring in the best of faculty from emlyon business school and Xavier University besides industry experts from both the countries.

Talking about the prospects that such a programme would offer to Indian students, Chairman, XEBS Ashley Fernandes, who is also the Chairman of the Higher Education Committee of IFCCI, said, “I am extremely glad to see XEBS, the first Indo-French B-School rolling out this world class management programme in the Capital of Sports in India. This would not have been possible without the support of all the stakeholders and especially the Government of Odisha. Right at the start, the signing of two important collaborations with The Tony Parker Adequat Academy and Decathlon India clearly shows our intent to put employability at the heart of the program. It also firmly embeds it in the truly global sports ecosystem at emlyon business school. World class faculty, global exposure, international networking and corporate Interactions are the main drivers we want students to leverage, and use to make their own future.”