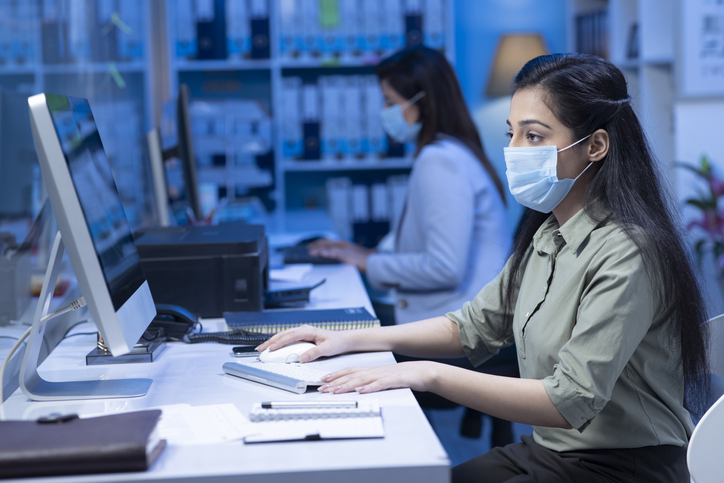 This is in continuation of an earlier order providing for the flexi attendance in the offices, a statement issued by the Personnel ministry said.

Prior to that, the offices were expected to function on a pattern of 50 per cent attendance, it said.

"Persons with disabilities and pregnant women employees may be exempted from attending office, but they shall continue to work from home," the statement said citing key highlights of the order in force.

Officers and staff shall follow staggered timings to avoid overcrowding in offices or workplaces as decided by the heads of department, it said.

All officials who attend office shall strictly follow COVID-appropriate behaviour including wearing of mask, physical distancing, use of sanitizer and frequent hand-washing with soap and water, the statement said.

The minister also hoped that all these instructions will be followed in letter and spirit in the interest of the well-being of all the citizens and government employees and their families, it said.

He, however, reiterated that official work will not be allowed to suffer and all attempts will be made to minimise the loss of man-days on account of government employees falling sick on account of COVID.

Singh expressed satisfaction that the concept of "vaccination at workplace" has emerged as a successful model and urged the states and union territories to emulate it.

He said, at the vaccination centre set up at the North Block, over 228 people have received vaccination so far and added that such centres are also being set up in other central government offices and departments.

Singh once again renewed his appeal for speedy vaccination of all the eligible central government employees of the age of 18 years and above, the statement said.

He recalled that during the last one year of the pandemic, the Department of Personnel and Training (DoPT) had developed a set of guidelines to be followed in the government offices, which not only sought to contain the spread of coronavirus but also aimed to carry on the office functioning effectively and without interruption.

SIngh said, the Work from Home (WFH) protocol developed by DoPT had been so successful that many a time, the work output was even more than the normal circumstances because government functionaries were working online even on the weekdays or holidays. PTI