'Houseful' at Kashmir University: Story of Hindi in land of Urdu 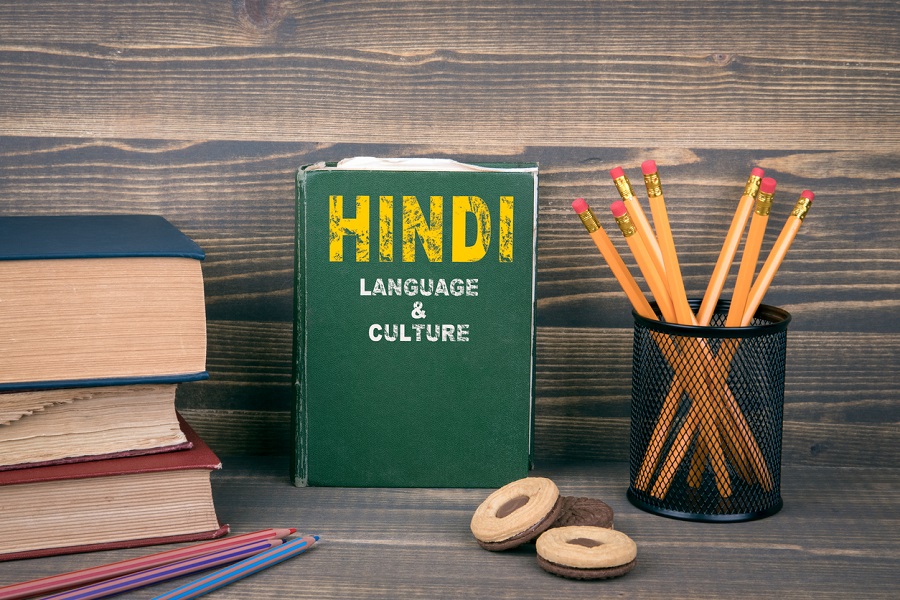 Casting aside politics over New Delh's plan to enlist five languages, Urdu, English, Kashmiri, Dogri and Hindi, as official languages for Jammu and Kashmir (J&K) in place of Urdu, the Department of Hindi at the University of Kashmir, Srinagar, offers a pleasant surprise.

Contrary to the impression that Muslims in Kashmir are 'obsessed' with Arabic and its cognate languages, and that Hindi has become extinct post-1990, the university's Hindi department is running full house.

Admissions for aspiring scholars in MPhil and PhD programmes in the Department of Hindi are highly unlikely as there are no vacant seats. All the four faculty members-two Associate Professors and two Assistant Professors-have exhausted their quota of guiding the MPhil and PhD research scholars.

"Five of our research scholars are expected to submit their thesis in the near future. If that gets delayed for some reason, we would not be able to take in any fresh candidates," says Ruby Zutshi, Head, Department of Hindi. According to her, there were some problems in the early 1990s but a good number of local Kashmiri Muslims are seeking admission to the PG, MPhil and PhD programmes in the Department of Hindi every year and flourishing in different fields - including academics and media.

Students pick Hindi due to assured job opportunities for teachers and lecturers in the Higher Secondary schools and even colleges. A hundred new degree colleges in J&K have been started by the governments in the last seven years. Some schools and colleges had to shut down their Hindi departments as they had no teaching staff. However, Hindi language and literature attract many aspirants pursuing their passion and academic pursuit, Zutshi asserted.

In the pre-militancy era, scholars like Abdal Mehjoor and Rafeeq Masoodi became an inspiration for hundreds of the Kashmiri Muslim students who got degrees and doctorate in Hindi language and literature. Mehjoor was a program executive with All India Radio (Srinagar) who shifted to the Hindi Service of the BBC and worked there as a producer, editor and anchor for several years. Masoodi worked with All India Radio and Doordarshan for over 30 years and retired as Deputy Director General.

Hindi has managed well in Kashmir. Satish Vimal and Nida Nawaz of Pulwama are famed poets and writers. Mushtaq Ahmad Dar, Ph.D in Hindi, lately retired as the principal of a degree college in Baramulla.

Zutshi got her PhD from the University of Kashmir. A resident of Ganderbal district and wife of an officer in the J&K Police, she never migrated from the Valley. The department was revived under her stewardship. The department has a limited faculty size of four teachers-three including Dr Zutshi are females and one is a male. Two are local Muslims, Dr Zutshi is a resident Kashmiri Pandit and one is a Hindu from Varanasi, Uttar Pradesh.

Of the 28 integrated MPhil and PhD scholars, as many as 20 are local Muslims and two are Kashmiri Sikhs. Six scholars are Hindus from Jammu and Haryana. In the 3rd semester of the PG programme, all the seven students are Kashmiri Muslims and so is the lone student in the second semester.

There are no students currently in the 1st and the 4th semesters. Besides, nine students are currently pursuing the PG Diploma course. All of them are local Muslims. Any student after graduation in any subject can apply for admission in the PG Diploma in Hindi.

This 'houseful' situation in Hindi is interestingly at a time when politicians have triggered a row over the Central Cabinet's approval to the J&K Official Languages Bill-2020 which is being moved for discussion and passage in the forthcoming autumn session of the Parliament later this month. As per the Draft, Hindi is being incorporated as an official language along with Urdu, Kashmiri, Dogri and English.

Section 47 of the J&K Reorganisation Bill, passed by the Parliament in August 2019, empowers the J&K UT Assembly-and the Parliament (by the Presidential Declaration) in its absence-to designate any one or more languages spoken in J&K or Hindi as the official language/languages.

The erstwhile J&K State Constitution's section 146 had declared Kashmiri, Dogri, Ladakhi, Dardi, Balti, Gojri, Pahari and Punjabi as 'regional languages' and the J&K Academy of Art, Culture & Languages had been created for development and promotion of these languages and dialects. IANS