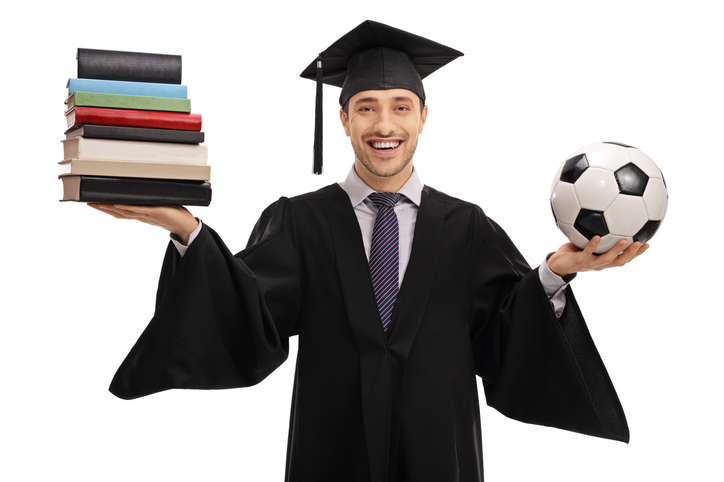 For most Indian students who wish to study abroad, USA universities are the first preference. But off late, owning to current realities, a lot of students are perplexed about their future prospects. As the criteria for college admissions in USA diversifies, students should also prep themselves and look for newer avenues for admissions in these top universities.

One such opportunity for students is to explore the sports route for admissions, especially in the US universities. As some Indian athletes leverage their sporting talent to qualify and receive scholarships, it is also worth knowing exactly what such opportunities entail in terms of academic and career prospects. Here are some of the things students can keep in mind before making their decision.

Student Athlete is a common phrase used in US high school and collegiate circuit. It refers to students who represent their universities in various sporting competitions and excel in academic pursuits. A sports recruit is generally a student selected by the university on the basis of his/her athletic abilities. Some sportspersons use this advantage to enroll in some of the best colleges which might have been beyond their reach otherwise.

Indian student athletes have an edge on games like tennis, golf, field hockey and squash. There are many universities that recruit athletes for these individual and team sports. The National Collegiate Athletics Association (NCAA), which governs university sports teams, usually divides universities into Division I, II and III depending on the level of scholarship offered by each university. Ivy League universities do not provide sports scholarships, but still admit sportspersons, and if required, give financial aid depending on family incomes also known as need based scholarships.

Generally, athletes choose universities according to what they aspire to do after completing their education. They choose a top sporting university (according to the division they are in the NCAA — generally D1 colleges are the most superior, then come D2 and so on) if they wish to compete with the best teams in the collegiate circuit. Such a university is more likely to offer a sports scholarship depending on the students’sporting talent. However, those who plan to use their degree to find a relevant job after graduating, choose a university on the basis of its academic offerings. Some student athletes with a strong academic record and national ranks in sports can choose the best of both worlds.

In conclusion, students need to decide on a particular university depending on what they plan to study, where (location), level of play, financial obligations and what you intend to do after completing your degree.

Do not choose the student athlete route just to lighten your financial burden if it does not lead to a credential that can you help you land a suitable job later (if that is the ultimate goal). However, if you aim to turn pro later, look for the right place where you can use and hone your sporting skills and study as well.

The writer is Founder & CEO- The Big Red Group

While in India, the Under Secretary of State for Political A...