Adventure, fantasy, sci-fi and action—here’s the list of top OTT releases for this week 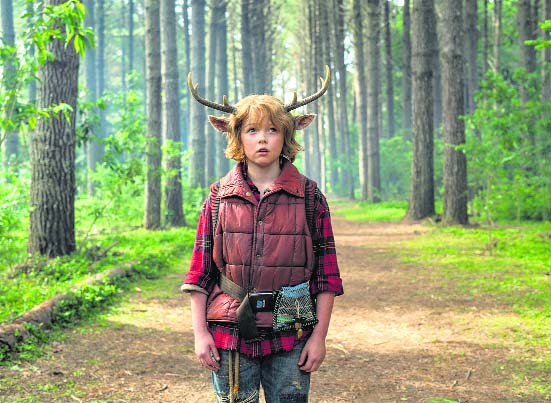 India’s most sought-after family man Srikant Tiwari (played by Manoj Bajpayee) will be back to destroy India’s enemy within and outside. This time, Srikant has headed for Chennai. Directed by Raj Nidimoru and Krishna DK, Family Man 2 marks the OTT debut of Samantha Akkineni, who will be seen as the lead antagonist.

Produced by Robert Downey Jr, the show makes it to the list of Netflix Originals defining the imaginary dimensions of a post-apocalyptic world. A hybrid boy, half-human and half-deer, named Gus (Christian Convery), befriends a wandering loner named Jepperd (Nonso Anozie). Together they set out on an extraordinary adventure across what’s left of America in search of answers— about Gus’ origins, Jepperd’s past, and the true meaning of home. The series is based on the DC comic book.

The Brazilian Amazon Original Dom is a crime drama inspired by the true story of a father and son on opposite sides of the war on drugs in Rio de Janeiro. Featuring eight one hour-long episodes, the series shows the journey of the father and son living opposite lives, often mirroring and complementing each other, while both confront situations which blur the lines between right and wrong. It stars Gabriel Leone, Flavio Tolezani amongst others.

June 4: Raya and the Last Dragon on Disney+ Hotstar

This film takes us on an exciting, epic journey to the fantasy world of Kumandra, where humans and dragons lived together long ago in harmony. But when an evil force threatened the land, the dragons sacrificed themselves to save humanity. Now, 500 years later, that same evil has returned and it’s up to a lone warrior, Raya, to track down the legendary last dragon to restore the fractured land.

As the security forces zero in on the spot where terrorists ...

2 killed in road accidents in Amritsar