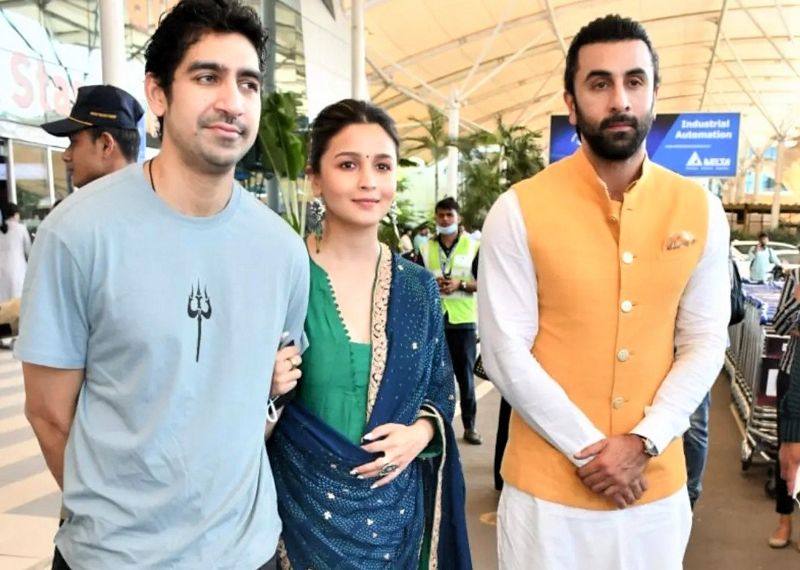 Alia Bhatt and Ranbir Kapoor were spotted at Mumbai airport on Tuesday evening (September 6), along with director Ayan Mukerji.

Alia Bhatt and Ranbir Kapoor were spotted at Mumbai airport on Tuesday evening (September 6), along with director Ayan Mukerji. The three flew off for Ujjain’s Mahakaleshwar temple to attend the ‘sandhya aarti’. Alia even posted a video on Instagram where she expressed her excitement. But they cancelled the visit, as several protestors reached the temple site and created a ruckus.

On Twitter, many are calling for the boycott of Brahmastra for several reasons. After Alia Bhatt’s recent comment, ‘Don’t like me, don’t watch me’, Ranbir Kapoor’s 11-year-old statement over beef has got the film into trouble. In the video shot in 2012, Ranbir had expressed his liking for beef.

The situation was soon brought under control, however, Alia and Ranbir were not allowed to visit the temple for security reasons.