All four, ready to roar! 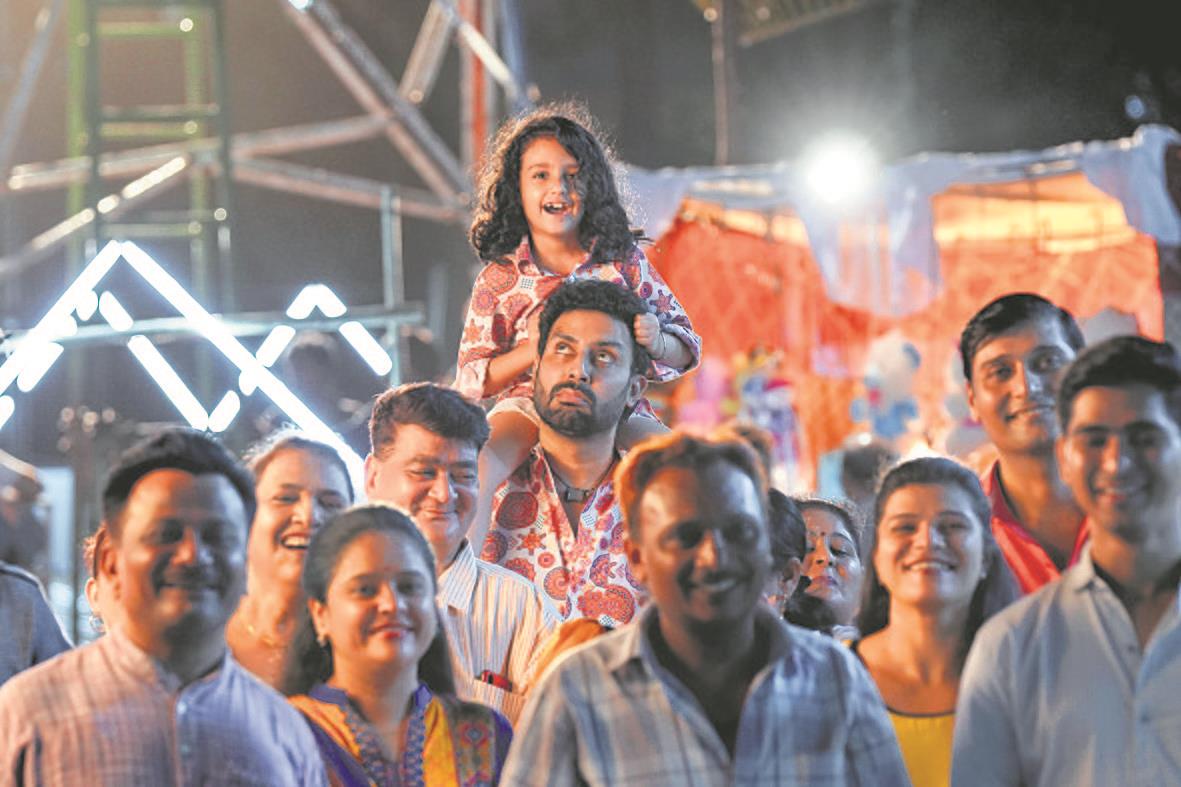 A still from Ludo

Interesting conversations, background score that ranged from funny to unfathomable; glitches and glamour —the trailer launch of Ludo on Monday was a rocking affair. As Anurag Basu turned moderator for an ensemble cast, one got a glimpse of their working equation, slight hint about the plot and how Basu was a spontaneous filmmaker!

In the four stories, it’s the Inayat Verma-Abhishek Bachchan track that offers the most fun. “I was conscious that with someone as small as Inayat on the sets, I would have to mollycoddle the kid but she took to the role like a pro,” says Abhishek. The little star in the making is as much a fan of Abhishek bhaiya, “He never let me feel awkward or acted like a big hero, but took care, even picking me on his shoulders when it was thick grass on shoot.”

Rajkummar Rao’s character takes inspiration from Mithun Chakraborty. “Thinking of him, I feel he did everything — dancing, laughing, crying — I tried to bring that into my character.” Right from Aditya Roy Kapur to Pankaj Tripathi came on board knowing little about their roles. Abhishek Bachchan speaks on everyone’s behalf, “When someone as brilliant as dada (Basu) is making a film, you feel fortunate enough to be part of this journey rather than wondering about details.”

Fatima Sana Shaikh adds, “I had heard stories about dada scripting on sets; I am lucky that he wrote this character for me.” Rohit Suresh Saraf enjoyed a new trip as Basu had him act sans any dialogues, “It was a first for me, but under dada’s guidance I enjoyed emoting without any words.”

That the film took two years to shoot had the cast develop a great camaraderie. Malayalam actor Pearle Maaney says, “When dada was writing the film, I was single. I got engaged when I signed the film, got married during the shoot and am five months pregnant as the film finally looks up to its release.”

Now that connecting virtually is the new normal — the very glamorous and handsome cast was dressed to the T, but only on the top half! Kapur was sporting enough to stand up to the camera and give a peek that he had paired a light jacket with a T and shorts. “This is convenient, safe and now onwards I am going to push for virtual meets only,” he made his case. But then expect everything to have its good and bad aspects, as the meet developed technical glitches!

A dash of comedy, drama and horror, the film is finally ready to release. Producer Bhushan Kumar would rather take this story to its audience sooner than later; so see Ludo release on Netfix on November 12, around Diwali!