As the second season of Your Honor releases, lead actor Jimmy Sheirgill says it was great fun to work with Gulshan Grover : The Tribune India

As the second season of Your Honor releases, lead actor Jimmy Sheirgill says it was great fun to work with Gulshan Grover

After garnering a great response for the first season of Your Honor, starring Jimmy Sheirgill, the makers, Applause Entertainment and the platform Sony Liv, are back with the second season. Released on November 19, the trailer, dropped three days before its release, was watched by 2.2 million people. 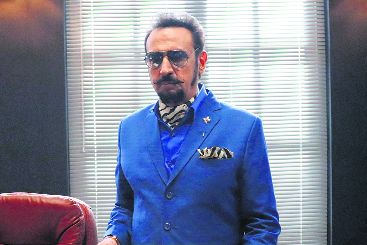 Says Jimmy, “There are a lot of things we don’t understand in terms of promotions. A teaser is released, followed by trailer and next day you know the series is available to stream. Even in the worst-case scenario, I will still consider 10-day promotions a given. Maybe the thinking was that the set audience of the show, which had showered so much love during the first season, will stay connected. OTT seems very new when these things happen and I think we are all part of the experiments that are happening.”

The series also stars, Mahie Gill, Pulkit Makol, Varun Badola and Mita Vashisht. ‘Badman’ Gulshan Grover, who will be a part of the series from the second season, says, “I don’t if it happened by chance or planning that the second season got released on Gurpurb, but mein bada khush haiga ji (I am happy). I had interacted with Danish Khan, Business Head Sony Liv, the minute the second season’s teaser was shared and he had said the promotions will take place on television shows like KBC and The Kapil Sharma Show.”

Gulshan, who essays the role of Gurjot Pannu in the second season, was attracted by the story of how a father bends rules to save his son. He adds, “The emotion is noble and relatable. I have been offered many roles in web series, but nothing was as good as this for my digital debut. The series has beenhelmed by National Award-winning director Eeshwar Niwas. I can assure you that my role as Gurjot Pannu will make Bishan Khosla’s life miserable.”

And did Jimmy bask in the success of the first season? “No, not at all. I was immediately set for the next season. In these tough times, there was a delay in the first season of the series and the same happened when the second season began. It’s a project that we have all enjoyed working on and I hope we come up with the third season too.”

During the Zoom conference of Your Honor, Jimmy talks about his bond with the veteran actor too, “It is the seventh or eighth time we have worked together. It is fun to work with somebody like Gulshan ji, who makes the atmosphere so light and nice. I had a great time. Shot in and around Ludhiana, the fun on the sets was amazing although due to Covid restrictions there was not much exploring.”

As for his upcoming projects, Jimmy will be seen in Punjabi film Shareek 2, which will release in April next year, whereas Gulshan’s movie, Cash, was released on Hotstar on the same date as Your Honor!