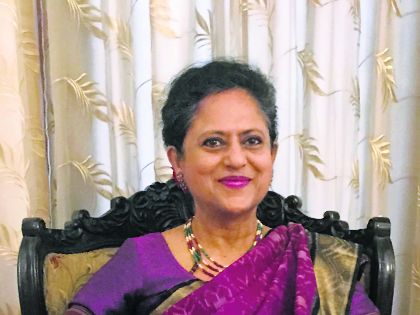 Hari Singh Nalwa, the longest serving the great Commander-in- Chief of the Sikh Khalsa Fauj, was the right hand of Maharaja Ranjit Singh. He joined the Sikh army at a tender age of 13 and led the first victory at the age of 18. He killed a tiger in a hand-to-hand combat when he was 17. He fought 22 battles in his lifetime and lost none.

But today, this warrior, who was so revered by one and all, is probably not known to the millennials. Call it lack of interest in history or the changing means of consuming content. No one can deny the reach of visual medium and author Vanit Nalwa, a direct descendent of Hari Singh Nalwa, concurs. After having written the biography of the greatest Sikh general ever, she has now given the rights to Almighty Motion Picture to turn it into a web series. “I was prompted to write the book during an interview. Towards the end of the conversation, the journalist very casually asked me about my surname and then it veered towards Hari Singh Nalwa. There were questions I had answers to but there were some to which I told him I would look up and let him know. That got me thinking that I didn’t know enough about my background.”

Her quest for credibility led to a research spanning eight years. “When I went to the National Archives of India, the lady there took me to the foreign section and it startled me. I asked her why foreign section and she said because Sikh empire was a foreign country.” There has been no looking back. She got so much information from thereon that she is today working on her second book on Maharaja Ranjit Singh.

From defining the maps of that time to the wars that Hari Singh Nalwa won and all the territory conquered by him, the issue with Kashmir, the book titled Hari Singh Nalwa: Champion of The Khalsa Ji has all the details. But coming back to picturising it, Vanit says, “The historic significance of the Sikh empire is not known to many. Sardar Hari Singh Nalwa dedicated his life in the service of the Almighty. What better way than Almighty Motion Pictures acquiring the rights.”

After two meetings with Prabhleen, Vanit says she agreed. “She knew about Hari Singh Nalwa and she agreed to not add any Bollywood touch to it. I want it to be as close to reality as it can be.”

While Vanit got what she wanted, actor-producer Prabhleen Kaur is thrilled about the opportunity. “We are so fascinated by the concept of superheroes of the West but Hari Singh Nalwa is the real superhero. His deeds are larger than life and he is not a figment of imagination. He has created history and everyone must know it.”

Having begun the search for a scriptwriter and other stages of preproduction, Prabhleen thinks this will need much more work than any other series. “I am looking for the right kind of team to begin the work. It might take a year or maybe even more because I cannot treat it as just another project. It is very close to my heart and I will not compromise at any level.”