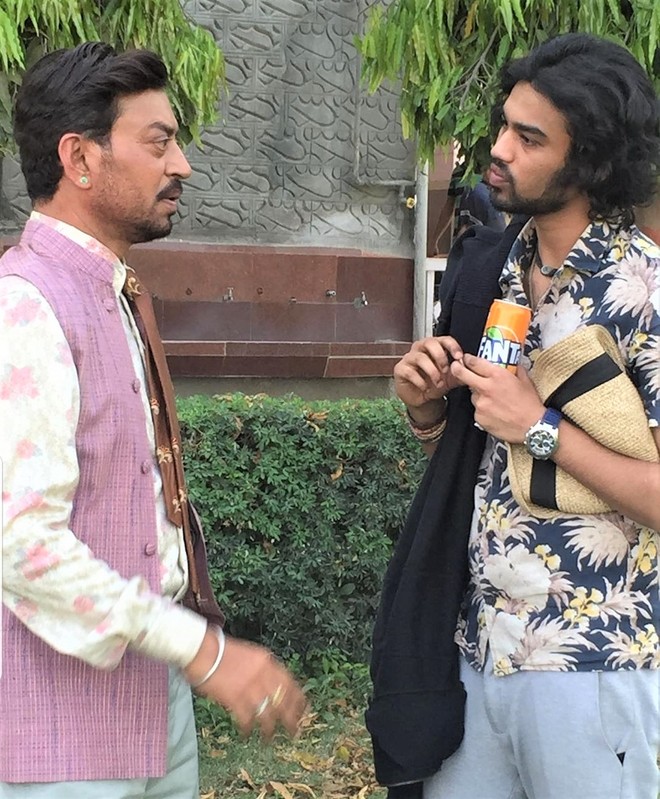 The photo shared by Babil

Irrfan Khan’s last film Angrezi Medium was a sequel to the hit film Hindi Medium. It was the last film to release in the theatres before the Covid-19 pandemic took over and shut down theatres. The movie also happened to be Irrfan’s last film, as the actor passed away in April this year. Ever since Irrfan’s demise, his son Babil Khan has been sharing unseen pictures of his father on social media. Babil has now revisited some happy moments that he had spent with his father during the shoot of Angrezi Medium.

Babil shared behind the scene pictures of Irrfan Khan from the sets of Angrezi Medium on Instagram. He captioned the post as, “Off to London. One more year. Last time I left was about this time and baba was still there, it’s weird this time, and it’s not just baba I’ve lost…”