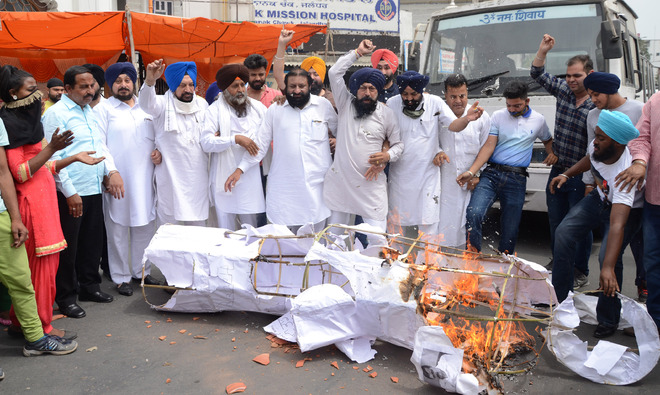 The Shiromani Akali Dal (SAD) protested against the Congress and the Aam Aadmi Party (AAP) on Monday in various parts of the district for not fulfilling their promises. Activists of the SAD broke ‘paap da ghada’ during protests.

Former senior deputy mayor Kamaljit Singh Bhatia (SAD) said Capt Amarinder Singh had promised to provide employment to youth, free mobile phones, waiving debt of farmers and make the entire state drug free, but not even 5 per cent of these promises have been met to date. Kulwant Singh Manan, chief, SAD (Jalandhar) said before coming to power, Capt Amarinder had made false promises and even now the Congress was busy spreading lies.