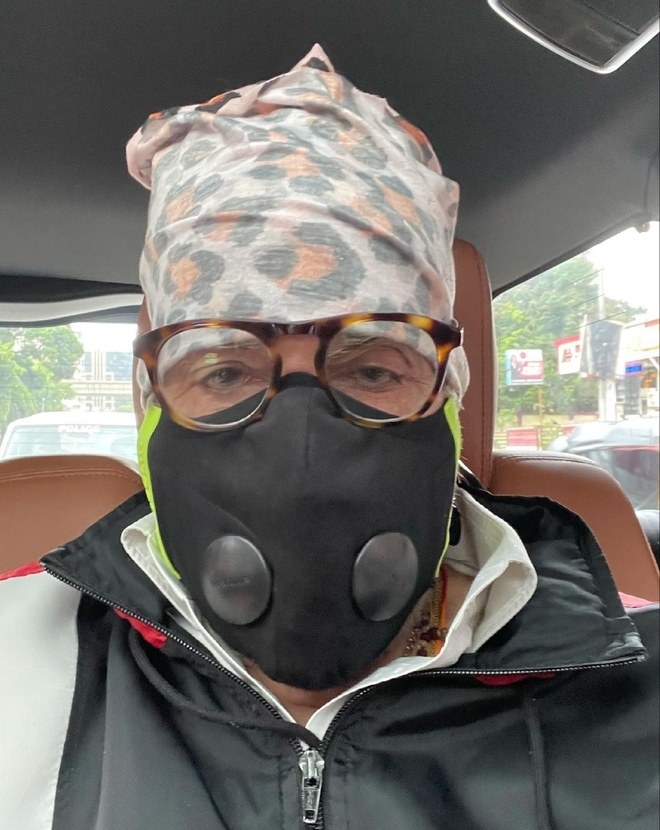 After the deadly second wave of Covid-19, Mumbai, the hub of the film industry, has finally started unlocking. Actors have started resuming shoots, which were on hold since the last few months. Bhumi Pednekar, who got back to shooting on June 14, says, “I have been itching to be back on the sets and resume work. I am fortunate that I will be starting work as soon as the unlock process started in Maharashtra. The industry has gone through a lot since last year and it has been pushed to the brink by the pandemic.”

Meanwhile, last week, the shoot of Maharaja, starring Aamir Khan’s son Junaid had resumed at Mumbai’s Yash Raj Studios. This week, Akshay Kumar is expected to start filming for Aanand L Rai’s Raksha Bandhan. Even Amitabh Bachchan has resumed work as the actor shared a selfie on social media on Monday morning. Sharing the picture, Big B wrote, “7 am … driving to work … first day shooting after Lockdown 2.0 … on with the Pangolin mask ... and the manifestation: ‘Every day in every way things will get better and better and better’.”

Aamir Khan is also back to work and has resumed the shooting of Laal Singh Chaddha. A source close to the project says, “Aamir will resume the shoot of his ambitious film, Laal Singh Chaddha, from today (June 14), in Mumbai. It’s a small schedule and won’t last for long. Aamir and director Advait Chandan decided to shoot, as they realised that despite the limitations, they will be able to finish filming some portions. All precautions have been taken and they are shooting with minimal crew.”

India has clearly conveyed to Pakistan that the entire Jammu...