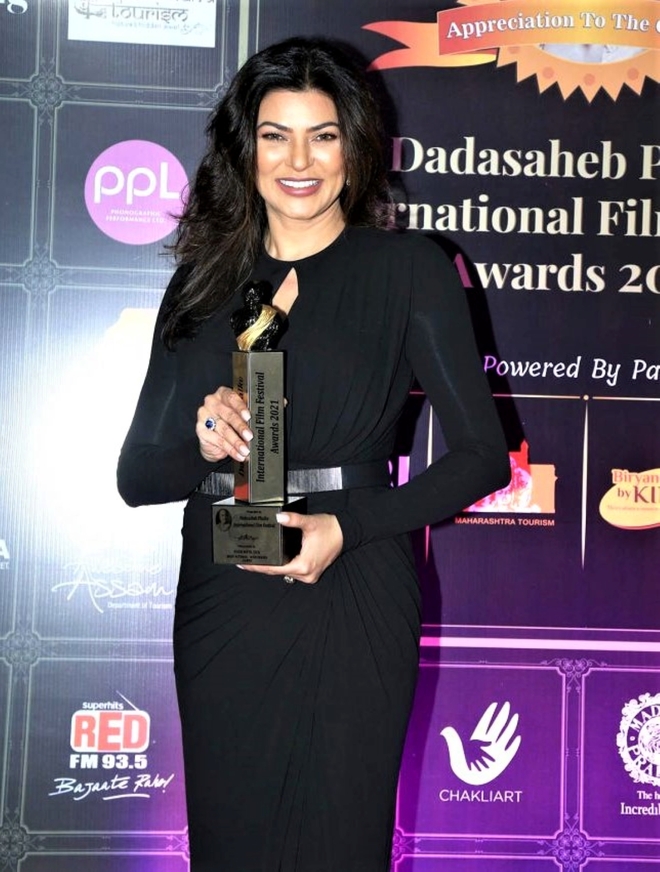 The Dadasaheb Phalke International Film Awards 2021 were announced at a glittering ceremony in Mumbai over the weekend. The awards honour the best in film, television and music. The OTT category was also introduced and while Sushmita Sen was honoured with the Best Female Actress award on OTT for Aarya, Bobby Deol took away the Best Male Actor award for Aashram.

Hugging his mother, Bobby posted a picture with the trophy on Instagram and wrote, “To be in this moment with my mother.” The Best Series award went to Hansal Mehta’s Scam 1992.

Sushant Singh Rajput, who passed away last year, was posthumously given the Critic’s Best Actor award for Dil Bechara. Other celebs who were honoured for their achievements include Best Director Anurag Basu for Ludo, Best Actress Deepika Padukone for Chhapaak, Best Actor Akshay Kumar for Laxmii and Best Film Tanhaji. While Surbhi Chandna and Dheeraj Dhoopar took home the Best Actor (female) and (male) awards for their work on television.