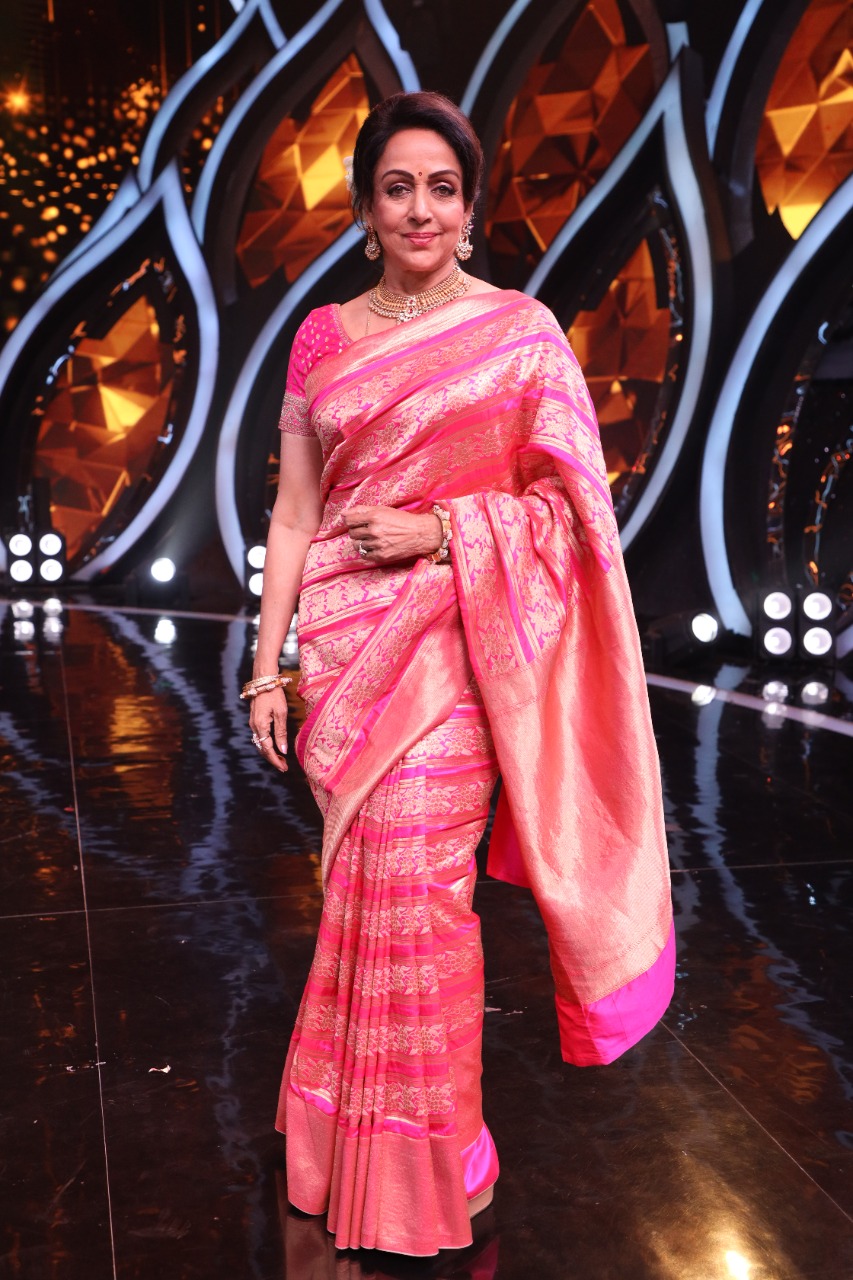 Bollywood has only one Dream Girl, and she continues to rule hearts. Recently seen in Hunarbaaz- Desh ki Shaan, Hema Malini, the actor-director-politician is upbeat about the experience on the reality show that has left her elated. Almost six decades in the industry with hits like Sholay, Seeta Aur Geeta, Satte Pe Satta, Kranti and Baghban to her credit, Hema Malini has maintained her youthful looks and happy outlook.

“Our country is full of talent. On Hunarbaaz, I was blown away by the performances,” she says. Particularly fond of Anirban Roy, the young flautist, she found in him a child prodigy. “The beauty and maturity with which he plays the flute, it’s like you are listening to Pandit Hariprasad Chaurasia,” she says. Equally impressed she was with Jalandhar-based magician Manoj Jain and acrobatic dance duo Sanchita and Subrata from West Bengal. She was as invested in their performances as their backstory—how Manoj deals with his son’s dislikes to his profession and how Sanchita and Subrata perform death- defying stunts to fend for themselves.

“Subrata and Sanchita’s performances are so scary and the young boy is doing it all so that he can fund his education. I am so glad that Mithun Chakraborty has sponsored his education,” says the Basanti of Sholay.

What’s the secret of her youthful looks? “Secret toh kuch bhi nahi. See I entered the industry as Dream Girl and I have to maintain that,” she says. “I have a machine to weigh everything I eat,” she lets the secret out. “One needs to be very cautious. I keep chiding my helps ‘you gave jyada ice cream’ if I put on weight,” she laughs. “One has to maintain oneself, just being cautious is the key,” she tips.

Hema Malini has made a smooth transition from acting to politics. Which has been more challenging? “I don’t find either of the two challenging. When we were shooting Sholay thousands would gather, and one had to keep one’s wits around and give the best performance.” Similarly in politics, thousands come to campaign rallies, “to connect with them needs some communication skills that I learnt during my acting career,” says Hema.

While she’s open to any good role on OTT or a good project to direct, she is yet to find one. But from then to now, she sees a big leap for women. “Today, from the poorest of the poor to the richest of them all, women have become an unstoppable force. Women work hard and ready to give their best from dawn to dusk and that has gotten them in good stead.”

Any dreams left unfulfilled? “What would I say; my Krishna has given me everything that a woman can want. Now, I wish and pray my grandchildren do well, I am loving the phase of being a grandmother.”

Hunarbaaz is a reality talent-based show on Colors that has Karan Johar, Parineeti Chopra, Mithun Chakraborty as judges.