As Athiya Shetty ties the knot with KL Rahul, we take a look at the cricketer-actress jodis : The Tribune India

As Athiya Shetty ties the knot with KL Rahul, we take a look at the cricketer-actress jodis 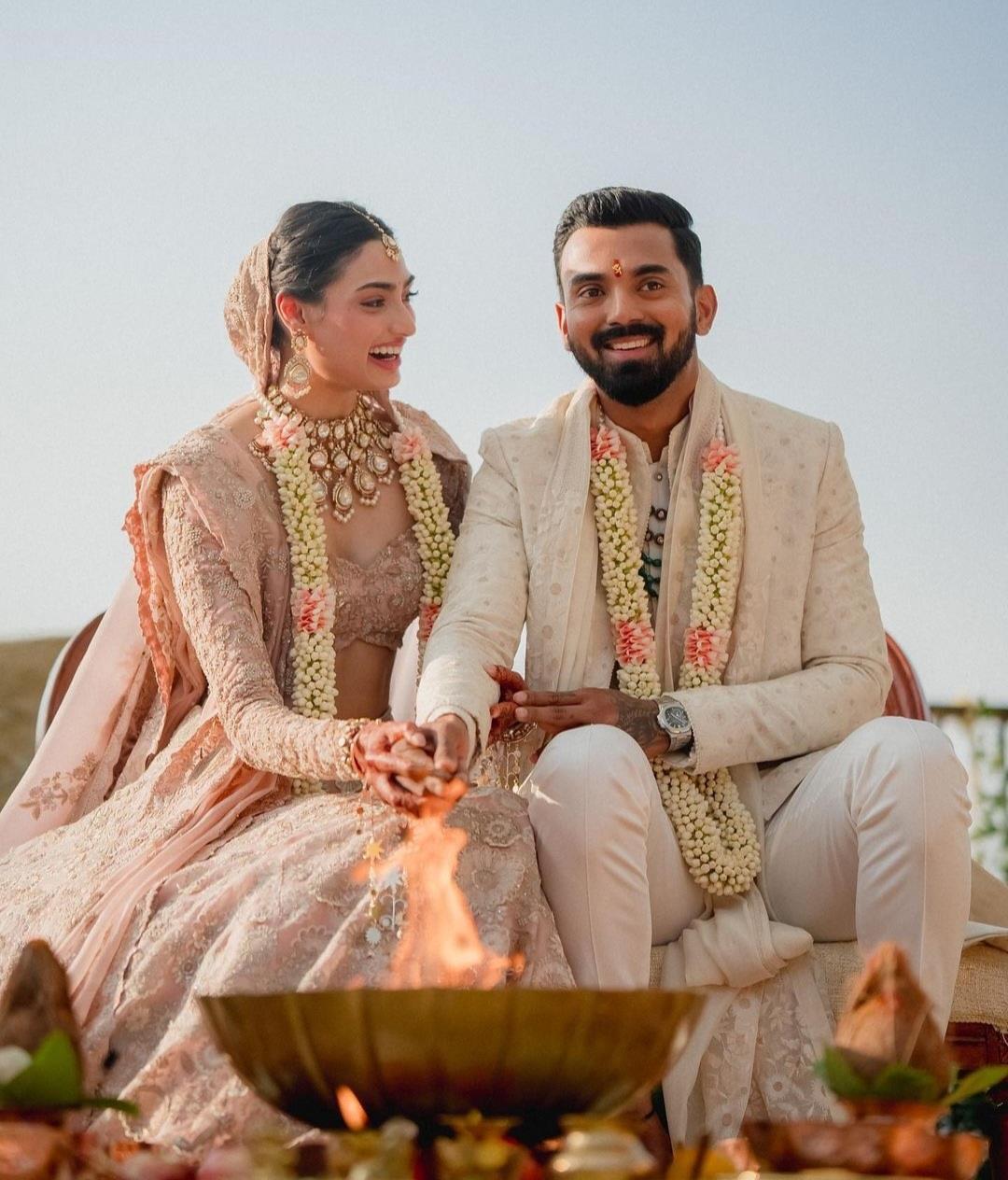 Cinema and cricket are two biggest religions in India, they say. The two worlds often merge together. Athiya Shetty and KL Rahul on Monday joined the long list of actress-cricketer jodis that dot the entertainment scene.

According to the grapevine, they met through a common friend. Several ad campaigns later, they started dating in 2018. The newlywed couple made their relationship Insta official by sharing their sun-kissed pictures and posting sweet nothings only recently.

As the Motichoor Chaknachoor actress and vice-captain of the Indian cricket test team embark on a new journey at father Suniel Shetty’s Khandala bungalow Jahaan, we look back at actresses and sports stars who found love in each other.