It’s a boy for Saif and Kareena 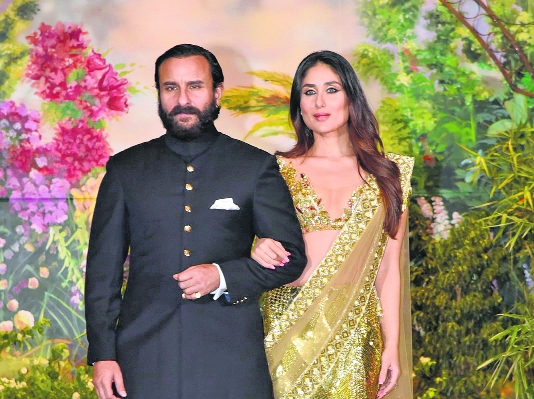 Kareena Kapoor Khan and Saif Ali Khan have been blessed with their second child, a baby boy. The actress was admitted to Mumbai’s Breach Candy hospital on Saturday late night and the baby was born on Sunday early morning.

As soon as the news surfaced, wishes started pouring in for the couple. From netizens to their close friends, many took to social media to send their best. One of them was Kareena’s cousin and Ranbir Kapoor’s sister Riddhima Kapoor Sahni who not only confirmed the news but also was super ecstatic about it. Taking to her Instagram Story, Riddhima wrote, “Congratulations Bebo and Saif #itsaboy @kareenakapoorkhan,” with heart emojis.

Designer Manish Malhotra also tweeted, “Congratulations to my dearest #KareenaKapoorKhan and fabulous #SaifAliKhan.” Kareena’s father Randhir Kapoor shared his happiness and revealed that Taimur is very happy on the arrival of his baby brother. He said, “I have not seen my grandson yet but I have spoken to Kareena and she’s told me she’s alright, and the baby is healthy.”