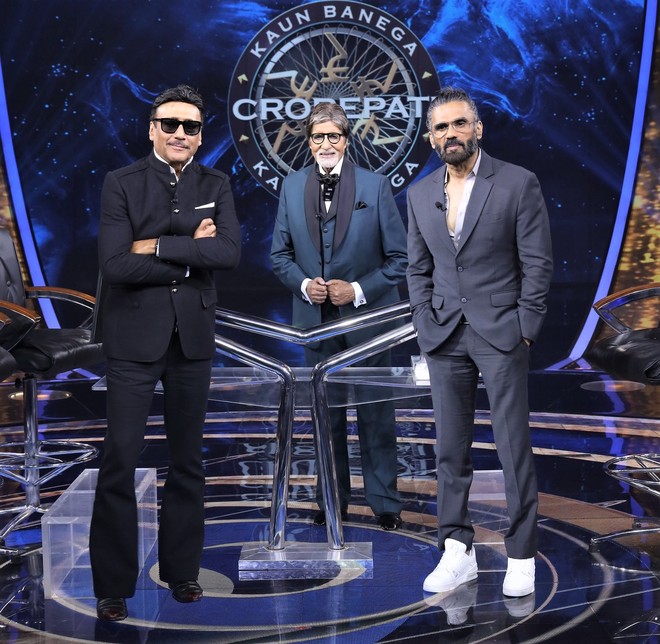 Jackie Shroff and Suniel Shetty will be featured on the Friday special episode of Shaandaar Shukravaar on Sony Entertainment Television’s Kaun Banega Crorepati.

The Bollywood stars will be playing Kaun Banega Crorepati (KBC) for the causes that they believe in and support. The proceeds from the winning amount will be donated to Thalassemics India by Jackie and to Vipla Foundation by Suneil Shetty, respectively.

Both actors will be seen enjoying their time on the show as they will be seen sitting on the hotseat and playing the game along with Amitabh Bachchan.

Being the perfect host, Big B will be seen recreating the iconic steps of Jumma Chumma at Jackie dada’s request. Bachchan will also be seen gifting Jackie Shroff a bow tie. Not only will Jackie Shroff and Suneil Shetty be seen playing the game tactfully but they will also be sharing various stories on the show.