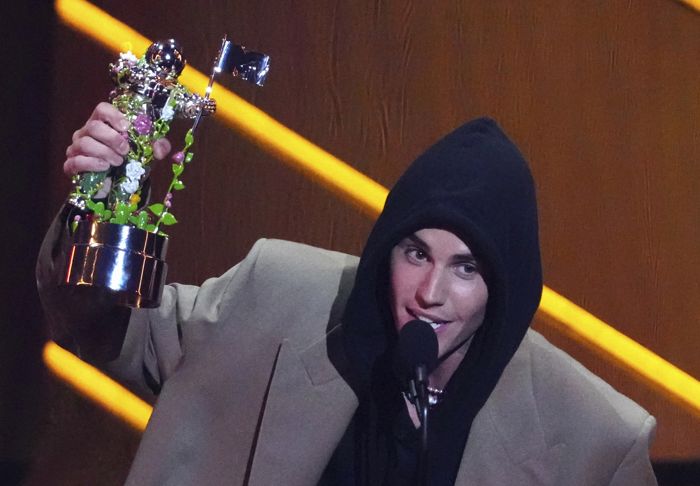 Lil Nas X’s Montero took home video of the year award at the MTV Video Music Awards 2021, held at Barclays Center in Brooklyn on Sunday for the first time in eight years.

Here’s a look at this year’s record-setters: Olivia Rodrigo, 18, took the song of the year award for Drivers License.” She also became the fifth-youngest best new artiste winner to date at the VMAs. Bieber was just 16 when he won in 2010. Avril Lavigne, Austin Mahone, and Billie Eilish were each 17 when they won. The Kid LAROI, who MTV revealed was this year’s runner-up, is also 18. Rodrigo also won push performance of the year, again edging out The Kid LAROI.

Bieber won the artist of the year award. He’s the first male winner in the category since Ed Sheeran, who was the inaugural winner four years ago. Bieber also won the best pop award for Peaches.

Rapper Machine Gun Kelly and Irish mixed martial artist Conor McGregor had to be separated after getting into a physical altercation at the event. A source told Page Six they “got into a fight at the top of the carpet” and “had to be pulled apart.” The source added that McGregor reportedly threw his drink at Kelly.

Bad Guy hit-maker Billie Eilish has been called out for reportedly showing attitude at the 2021 MTV Video Music Awards. She appeared to throw a shade at singer-actress Jennifer Lopez at the Sunday ceremony and it was caught on camera.

From wearing a ‘chair hat’, to dressing up as a worm with chicken feet boots, rapper Doja Cat redefined fashion as a performer and a host at the MTV Video Music Awards 2021. IANS