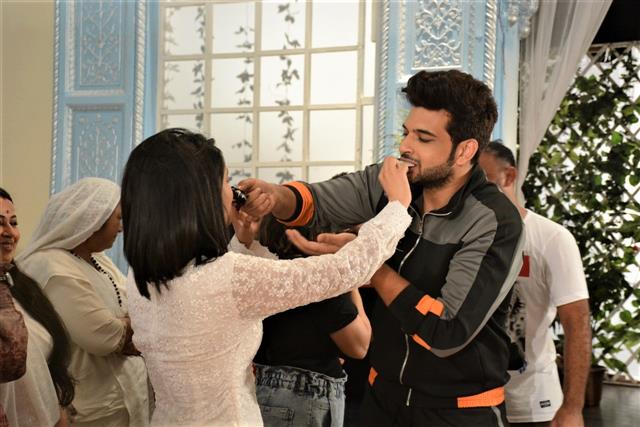 Popular show Yeh Rishta Kya Kehlata Hai is at a crucial point currently and the show is going to take a major twist in the upcoming episodes. Currently, in the show, Ranveer (played by Karan Kundrra) is sick and will die. With Ranveer’s death, Karan Kundrra’s stint in the show also comes to an end. Karan has already shot for his part for the upcoming episodes, and the cast and crew of the show organised a warm send-off for him recently. Though producer Rajan Shahi was not in town, he wished him well over a call.

The team at Director’s Kut Productions had organised a cake for him and also presented a bouquet. The cast of the show and director Romesh Kalra were present on the occasion. The show, which is aired on Star Plus, also features Shivangi Joshi and Mohsin Khan,