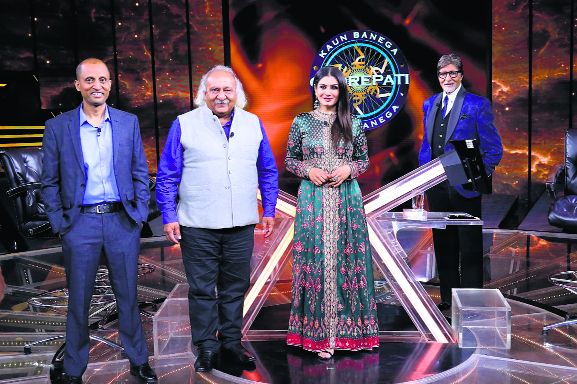 Kaun Banega Crorepati, continuing on its journey to salute social warriors, raises a toast to the efforts of Noida-based Anoop Khanna and Delhi-based Sylvester Peter for their selfless service in the recent Karamveer episode. Khanna, with support from his family, has gained prominence for his Dadi Ki Rasoi, a venture born out of his mother’s wish to serve food to the needy at the nominal cost.

On the other hand, Peter has been working towards reforming slum children through the game of football. He established My Angels Academy 34 years ago when he was just 13. Fondly known as Sylvester bhaiya, he has been working for the slum kids near Vikas Puri in New Delhi. The two Karamveers were accompanied by actress Raveena Tandon.