The pandemic has introduced us to a new ‘normal’ and smiles have been exchanged through video calls ever since its arrival. Today, as we mark Friendship Day, people across the globe will miss spending time with their friends. To make up for that missing fun, here’s a list of shows and movies on friendship that you can binge on 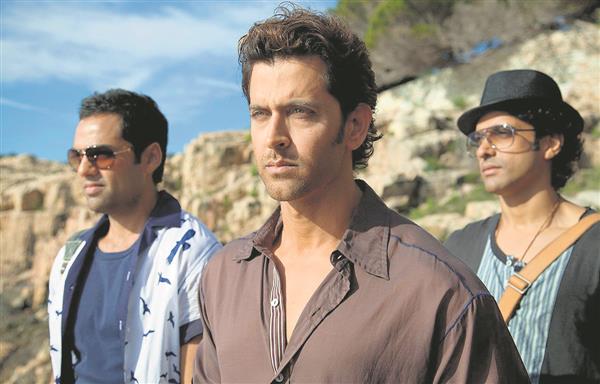 A trio, exotic foreign landscapes, adventure sports, love, laughs, lessons and a dream road trip, Zindagi Na Milegi Dobara is the movie that defines friendship. Starring Hrithik Roshan, Abhay Deol and Farhan Akhtar, it follows three childhood friends reuniting for a trip before one of them ties the knot.

Axone is a slice-of-life comedy that entertains and educates through its simple storytelling. Set in Delhi, the film follows an important day in the life of a group of friends from the North-East, who want to prepare a traditional pork dish for their friend’s wedding.

A film that guarantees hearty laughs and tears, Chhichhore aptly depicts the eventful hostel life. With an ensemble cast led by Sushant Singh Rajput and Shraddha Kapoor, and directed by Nitesh Tiwari, the film touches hearts for its relatable storyline that highlights the cut-throat competition in the education system.

A must-watch for the young troupe finding their vibe, Bombed follows Zameer, a young man leading a relaxed life in a rented apartment. Apart from the single ambition to be called Zed, his existence includes smoking pot, playing video games, cards with his eccentric landlady Fiona, and discussing popular culture with his neighbour Yogi.

Yaara, which released on Zee5 recently, stars Vidyut Jammwal, Amit Sadh, Vijay Varma, and Kenny Basumatary in key roles. Directed by Tigmanshu Dhulia, the film is about four friends who eventually become partners in crime. The movie showcases the rise and fall of these friends. It’s a licensed adaptation of the French feature film A Gang Story.

This show needs no introduction! Friends is the show that defines goals in friendship. This emotional ride comprising six friends in NYC is simply evergreen. Any time of the day, we can tune into Friends to have a good laugh.