Manmeet Kaur might be an accidental actress, but she is enjoying her ride both in Bollywood and Pollywood 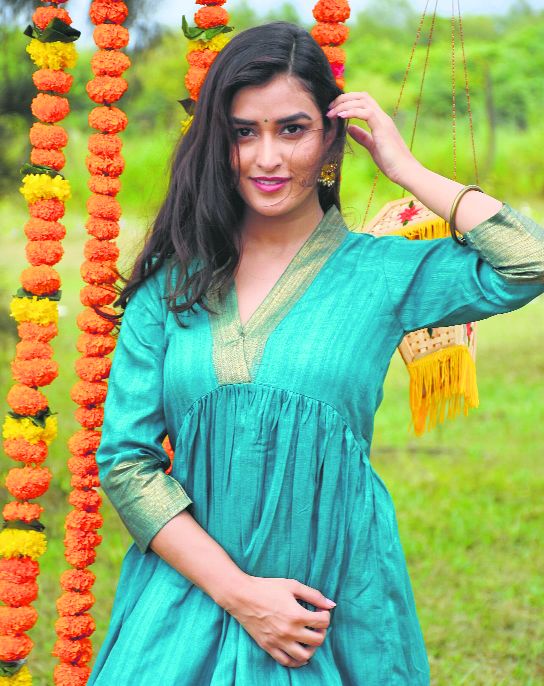 All set to enter the Punjabi film industry with Tu Judaa opposite Dheeraj Kumar, Manmeet Kaur is an actress by chance. It was her participation in beauty contests that got the ball rolling. Before she knew, she was walking the ramp for a beauty pageant that she also won. One thing led to another, and she debuted in a big-banner film like Shershaah.

Enjoying the success of her first film, from Bollywood, she is now ready for her Pollywood debut as a lead. Manmeet says, “I am a Punjabi and I am happy to play this role in my mother tongue. I grew up in Ranchi but I was born in Chandigarh, so the connection is strong.” Highlighting the contrast between the two movies, Manmeet shares, “Regional films are very different from Hindi movies. I got this film through my manager who introduced me to the team and things worked out for me.” In terms of production value and scale, Manmeet feels, “Punjabi cinema is doing really great these days. It’s right after Bollywood. Even Punjabi songs are loved all over the world.”

In Shershaah, she played Kiara Advani’s friend. The experience has been rich and memorable for this actress. “Shershaah is a blockbuster film. It’s Captain Vikram Batra’s biopic whom we all love. I auditioned for the role and got locked for it. Later, I got to know that more than 400 plus girls auditioned for the part. It was a dream team. With the kind of love I got from everyone, I couldn’t have asked for more.”

Manmeet, has three music videos with Zee Music, some OTT as well as big screen projects lined. Having started with ads, she feels they are fun and would continue to do them while films are her obvious priority.