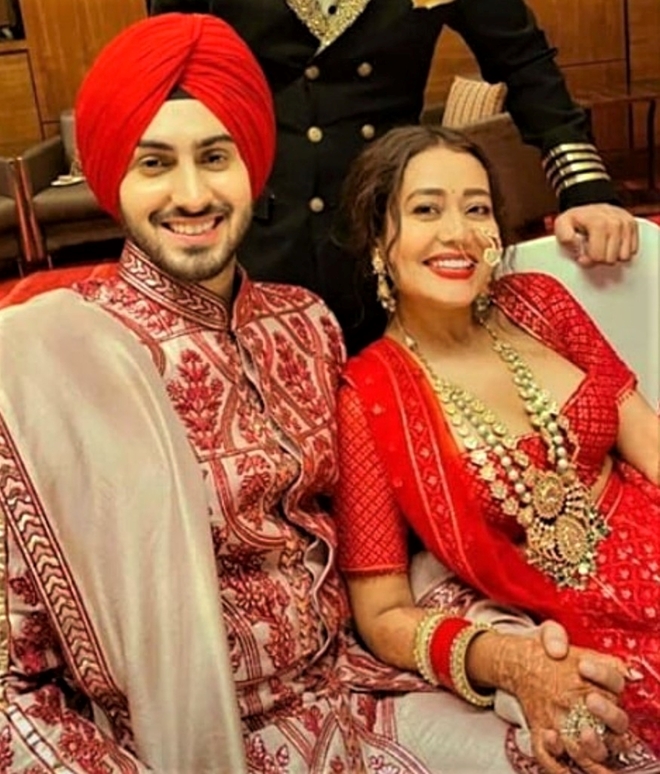 After much speculations surrounding Neha Kakkar’s wedding, we can finally say that the singer is now married to Rohanpreet Singh. Yes, Neha has tied the knot in a traditional Anand Karaj ceremony on Saturday morning at a gurdwara in New Delhi. The wedding festivities continued with a grand ceremony later that night.

During the day ceremony, Neha opted for a soft pink lehenga. She wore a red lehenga for the function which took place in the late evening. On the other hand, Rohanpreet was seen twinning with Neha during the day, later complemented her in a pink and maroon embroidered sherwani. Pictures and videos from Neha and Rohanpreet’s wedding have been doing rounds on internet. The couple also gave special performances on their big day. The ceremony was attended by close friends and family of the two. The couple would be hosting a grand reception in Punjab on November 26.