Singers become overnight sensations, their songs a hit. But do the models in the videos enjoy as much success? Well, they do enjoy their fandom! 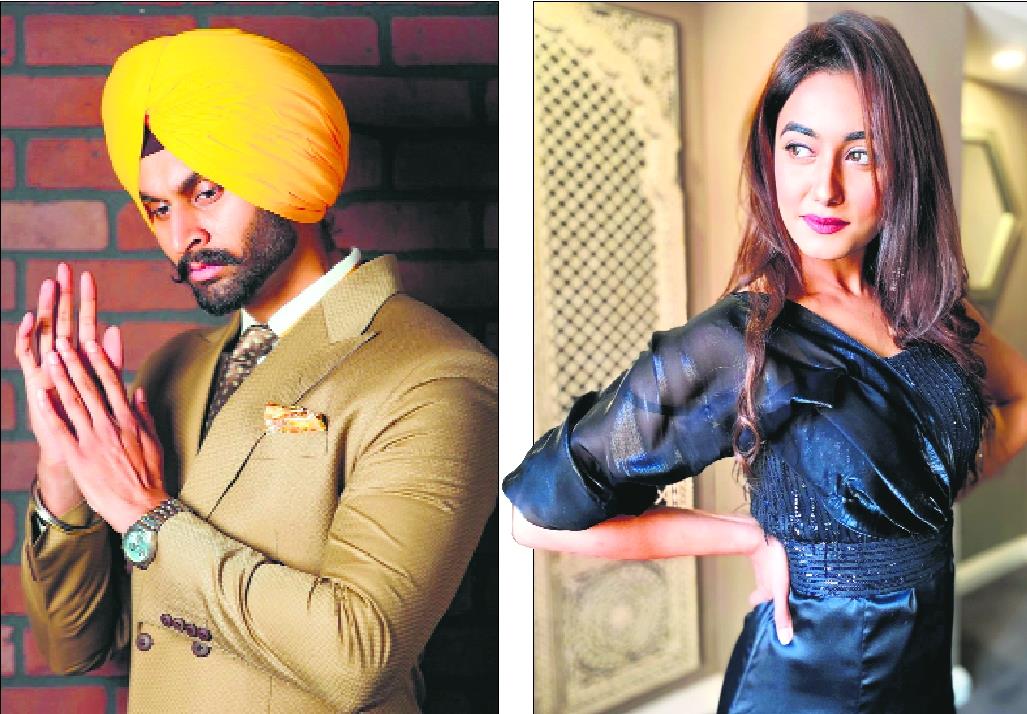 The popularity of Punjabi music is known to all. There is a new singer making a mark almost every day. Their music videos are produced with lavish budgets and in no time there are millions of views and likes on each one of them. With singers becoming overnight sensations and songs a hit, do the models present in the videos enjoy as much success? They are not just appreciated for their beauty and performance in the songs but have a dedicated fandom. Their stardom is no less than any other artiste in the industry.

Charvi Dutta got noticed on Instagram and got a call to feature in a song. For her, it has been a different world since. “It has been three years and I’ve not only done more songs but I also got to do so many campaign shoots, ad films and brand promotions,” she says.

Charvi also bagged a Bollywood project about which she says, “It is a comedy film that has other newcomers. It is in the post-production phase and will release within 2021.” She has worked with Maninder Buttar, Gurnam Bhullar, Amar Shembi, DJ Flow and Amrit Mann.

In Thug Life by Diljit Dosanjh, Aaveera Singh Masson stars opposite him. She is also in Ranjit Bawa’s Pagg Da Brand, Karan Aujla’s Jhanjhar and Mika Singh’s Glassy. In three years, Aavera has worked with most of the top singers. And apart from good money, she has also gained, “Confidence and physical fitness. Facing the camera and being among people has made me confident. Call it the need of the profession but I am fit and I love it. But the biggest perk would be fame. You are respected and honoured wherever you go, people adore you and I can’t thank enough for this.”

A fashion designing student, Aaveera always wanted to showcase her talent on big screen and she gets to do that too by being a model. She wants others to take inspiration from her journey when she says it has been a delight so far. “I feel it is a misconception about this industry that one has to undergo a lot struggle. If you work hard and focus on what you want, it will always lead to success and the same happened with me. I started when I was 18 and my family has been very encouraging. I focused on my goals and have met some very good people who guided me,” Aaveera says.

But back in the day, being in this profession meant a lot of struggle. Poonam Sood, who has been in the industry for 12 years, was a model in Miss Pooja’s song. She then took it up as a profession and has featured in songs by Feroz Khan, Kanth Kaler, B Praak, Afasana Khan, Jaani and many others. She says being relevant and making your presence felt can sometimes be challenging. “Every day there is a new face entering the industry. There are so many models that sometimes people don’t remember you. Other than doing songs, I kept taking small roles in films and that has helped.” Her efforts have paid off. She will soon be seen as the lead in Ucha Pind. For her, it is all worth it because she says, “People know me, they admire my work and I’ve always wanted that, so the initial challenges were nothing in compared to where I am today.”

As a male model, Aman Virk has walked on all the ramps, did poster modelling for various designers and then entered the Punjabi industry. “I have worked with Roop Bhullar, Mix Singh, Avi Singh and the recognition got me a web series and a Punjabi film as the lead. There are so many perks in our job. I would say it is as good as being an actor or at least at step closer in that direction.”

Being a guy, he has opted to take up songs where he gets to play the lead, although he wouldn’t mind even a supporting role in a song by one of the top names. “Who wouldn’t want to work with Ammy Virk or Gippy Grewal if you are getting noticed for it? Their projects are quite lead-centric. If in the supporting, your role is getting established then why not. One has to see if the project is giving you that kind of attention, especially if you have worked as the lead in other successful songs.”

Professional choices aside, Aman says everyone is in good terms with each other in this industry. “There is no groupism. People are very helpful and cooperative.”