Nehha Pendse to replace Saumya Tandon; co-actor Rohitashv Gour is all praise for her 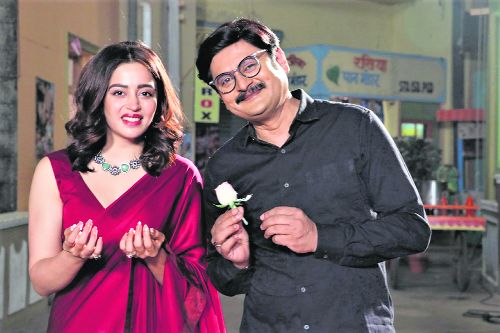 Sanjay and Binaiferr Kohli’s Bhabiji Ghar Par Hain has taken a new turn after actress Nehha Pendse entered the show as Anita Bhabi. Previously the role was played by Saumya Tandon. Rohitashv Gour, who plays Manmohan Tiwari in the show, had a wonderful chemistry with Saumya Tandon. We asked him about Nehha’s entry in the show. He says, “Definitely Nehha Pendse will justify the role of Anita bhabi. She has a charming personality. While there will be difference from how Saumya Tandon used to play it, she sure will do justice to the role. Nehha is an intelligent and experienced actress who has been working since her childhood.”

Rohitashv further adds, “Nehha is funny on-screen as well as off-screen. She made a place for herself in a way that it does not feel like we have just started working together. She has earlier worked in May I Come in Madam. She is punctual and travels a long distance from Nariman Point to Naigaon every day. Yet she reaches before us! We are planning to revive the magic from the old episodes.”