On an emotional note

For playback singer Shashaa Tirupati, her latest hit song Khulke Jeene Ka, which was filmed on Sushant Singh Rajput, brings a sense of satisfaction, but with pain 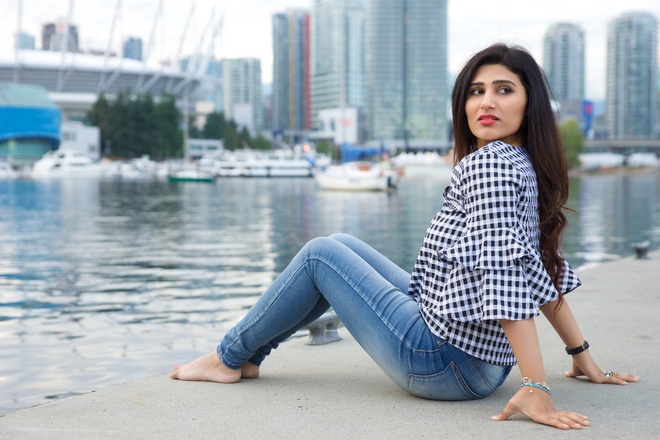 Immensely fulfilled is how Shashaa Tirupati feels as the song Khulke Jeene Ka hits the right chord with audiences. With 37M views and counting, what makes it special to this Indo-Canadian playback singer is that it is filmed on late Sushant Singh Rajput. A song with AR Rahman, Amitabh Bhattacharya and Arijit isn’t short of a spectacle and Shashaa feels proud to be associated with it.

Shiv Kumar Batalvi, Madan Mohan, Shazia Manzoor, Salamat-Nazaaqat Ali Khan, Surinder Kaur — they’re all favourites. In terms of music, any Punjabi folk song under the sun and I am a fan. Shout out to Madhaaniyaan, Heer and Suhe Ve Cheere Vaaleya!

How was the Khulke Jeene Ka journey?

It’s such a mixed emotion now. Usually, there’s a sense of excitement with every new release. With Khulke Jeene Ka, there’s this painful sense of satisfaction as this song was a signing off act for Sushant. The song itself has this ethereal, old world European feel to it, with an intricate play of harmonies, key change and lyrical magic.

How is it working with the legend AR Rahman?

I have had the honour of working with AR Rahman sir on about 50 songs now, and each experience in the studio with him has altered a part of me. I have taken away mantras on dealing with hurdles to scoldings that tell me there’s someone who wants me to do better than myself with every song.

With songs in 13 languages, is there one particular language that you feel comfortable with?

I definitely think in English, considering it’s my first language, but I love the challenge and exoticism of singing in languages foreign to my comprehension. Having said that, besides Hindi, Tamil has begun feeling a lot like home away from home with the vast number of songs I have sung in the vernacular (almost 50 now!).

We hear you are from Kashmir, how did Tirupati became part of your name?

Tirupati isn’t our surname. It’s a title given to us by our spiritual guru and I am the third generation using it. What’s entertaining is the permutations and combinations that came to be of this ‘surname’: Tripathi, Tripaathi, Tripti, Trupti, Tripati, to name a few. And you can only do so much to correct them. Still struggling!

What inspired you to take up music as a career?

The Guru soundtrack by AR Rahman sir! It triggered a switch somewhere so that I dropped out of my pre-med studies and left a full undergraduate scholarship to pursue a career I had no leads, knowledge or backing in. I had, however, been singing/ performing since I was six years old. Music has been an indispensable part of my life, also considering my parents have impeccable taste in music and exposed me to some priceless classics from as early as the 1940s.

What have been the ‘hugest’ highs and lows in this journey?

The ‘hugest’ high has been somewhat recurring: every opportunity to work with sir (ARR)! My darkest low (and there have been plenty) was I guess when I’d briefly quit singing on being told I didn’t have a voice worthy of a playback career.

How did the pandemic affect your life’s course?

I have been able to come home to Vancouver to my family during the pandemic, which proved to be a blessing. On the work front, I have finally gotten around to completing projects that were on hold for almost a year. I have actually managed to and continue to record, perform (online concerts) and shoot.