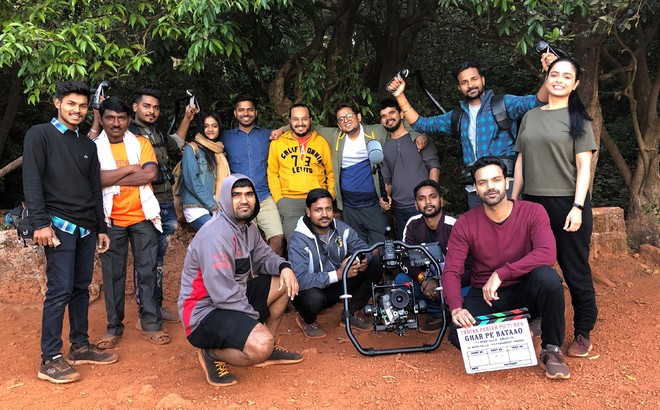 The cast and crew of Ghar Pe Bataao

Upcoming feature film Ghar Pe Bataao has become India’s first film to be shot in a single take. The film revolves around a couple who has been in a relationship for over five years. The trouble begins when the girl tries to convince the boy to talk to his parents about them. The boy seems to be unsure but the girl has made up her mind—it’s now or never.

The film features Priyanka Sonawane Hedau and Saurabh Goyal in the lead. Talking about the unorthodox way of filmmaking, director Neshu Saluja says, “I have shot the entire movie in a single take, unfolding in real time. I want to invite the audience to be with the characters. I want the audience to sit with them when they are sitting.”