On the International Mother Language Day, celebs share how mother tongue is one’s true language of love, longing and dreams

On the International Mother Language Day, celebs share how mother tongue is one’s true language of love, longing and dreams 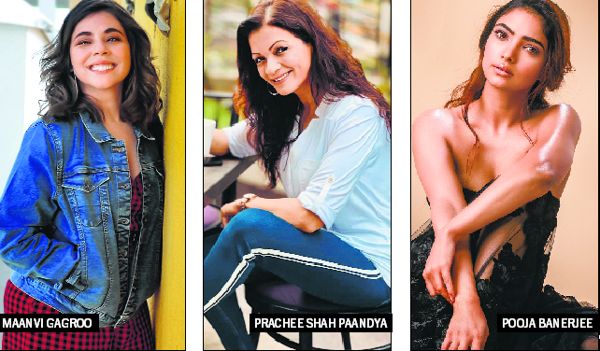 n this global village, local languages may seem to have a limited reach. But there is a day dedicated to promote multilingualism and cultural diversity. As we celebrate the International Mother Language Day, actors express their love for their mother tongue. It is a matter of pride for these celebrities to talk in their language and they think there are many ways to promote one’s mother tongue.

National Award-winner Darshan Jariwala is a Gujarati. He thinks in English and dreams in Gujarati. “That’s the significance Gujarati holds in my life.” Darshan can read and write in Gujarati and his favourite film in the language is Kashino Dikro. “The story is incredible and so are the songs.” Movies, according to him can be a great way to promote a language. “There can be subtitles in Gujarait that can help learn and understand the language. Personally, I think one should converse in their mother tongue to keep it alive.”

We have seen Prachee Shah Paandya in many Hindi soap operas and films but she is a Marathi and speaking in her language, she says, “Gives me a feeling of belongingness. It helps to break the ice even with strangers when you speak in their language.” Her idea of staying close to Marathi is, “I read Marathi literature and write my thoughts in the same language. This practice helps.”

Speaking in Marathi outside of home gives Andhadhun fame Rashmi Agdekar a warm feeling that she says can’t be compared. Moderately fluent in reading and writing Marathi, she feels strongly about her roots and thinks supporting art and literature created in a language can encourage people to connect with it.

There are certain emotions that one can only express in their mother tongue. Mukul Dev agrees to it. “At the very onset it is nostalgia and a devout sense of belonging. Then the innuendos, dialect and the over-simplification of complicated words into warm, relatable and homely phrases, it can only be in one’s mother tongue. Words like churi, mithi roti, shakar paare... these are words that defined my adolescent years. Then there’s humour. Like a regular joke rendered in English, can have a hysterical impact when spoken in Punjabi!”

Pooja Banerjee is a proud Bengali. She says, “I can read, write and speak in my language. In fact, I watch a lot of Bengali films.” The actress says it is important to pass the love for language to the next generation to keep it alive.

Not everyone is that connected to their language. Maanvi Gagroo is a Kashmiri but was born and brought up in Delhi. “Kashmiri has a huge sentimental value for me but the only time I heard or spoke Kashmiri was with my family, especially grandparents, so immense nostalgia is attached to the language.