In Chandigarh, renowned Chef Vikas Khanna says gender lines should be erased from the kitchen too : The Tribune India

In Chandigarh, renowned Chef Vikas Khanna says gender lines should be erased from the kitchen too 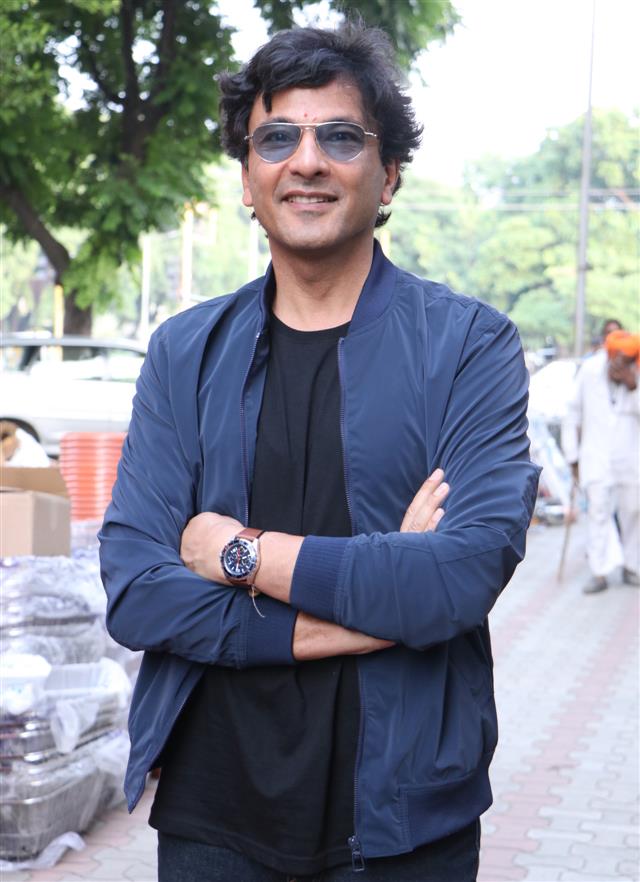 Globetrotting Michelin Star Chef Vikas Khanna has kept his bond with Chandigarh alive. Decades in New York, he still makes it a point to visit City Beautiful a few times a year. Here on Sunday, he is as effervescent as ever, keeping his cool while being literally mobbed! In the melee of selfies, and handshakes, he indulged in a friendly banter while pushing his agenda further – to ameliorate gender situation and make the world a better place!

Education for girls is the theme behind Barefoot Empress and it’s a very significant cause. Our educated girls would make effective world leaders tomorrow and head various other disciplines.

Merrily enjoying the conversation as Khanna is asked to dole out some tips for women in the kitchen and he is quick to revert, “Why just women? Men should know how to cook well too. It’s about time that we erase gender lines. Cooking is amazing, and everyone should know it.”

The latest feather in his rather decorated cap is the title of ‘documentary-maker’, as he brings a story that bats for girls’ education. Barefoot Empress charts the journey of 96-year-old Karthyayani Amma in a Kerala village, who joined class one at her age to end up as a star student! Directed by Vikas Khanna, the documentary has been produced by Oscar-nominated Doug Roland. “Karthyayani Amma is an inspiration for women across the world. It’s a project that has been rather demanding. I have followed Amma for four years for this 15-minute documentary,” shares Chef Khanna.

The next reality show in the offing, MasterChef India, for which he joins hands with Chef Ranveer Brar and Chef Garima Arora, gives him a chance to explore diverse cuisines of the country, which he is so much in love with.

While he remains one of the most renowned chefs globally, Khanna is also restaurateur, cookbook-writer, filmmaker and humanitarian.

Khanna’s been rubbing shoulders with who’s who of the world, so what gives him the energy to do it all? “I am very grateful for the opportunity I have got. Living in America, it’s my duty to tell Indian stories of strength. I must spread the greatness of Indian culture far and wide.” And, what keeps him going, doing so much simultaneously? “I think it’s the passion to take my country’s great tradition ahead that keeps me working relentlessly.”

Also he knows that he holds a privilege like no other. “For someone from my background to reach a place where you are called for White House dinners, restaurant projects are written for you, a PhD is bestowed upon you, I am honoured and want to make most of this opportunity,” says Khanna, adding, “at the same time I do not scatter my energy. I take up something only when I have my whole heart into it.”

Khanna lost his sister Radha recently. He shared a very close bond with her and the tragedy has left him broken. “They lie when they say time heals, you just learn to live with a broken and shattered heart,” he says. However, mention the apple of his eye, Plum Khanna, and he smiles heartily, as the pooch is the king of Khanna household. “He has filled our life with happiness.”

Amongst the many roles that Khanna plays with finesse, he stays a devoted son. His mother Bindu Khanna accompanies her son to Chandigarh, as she always does, taking pride in his achievements.