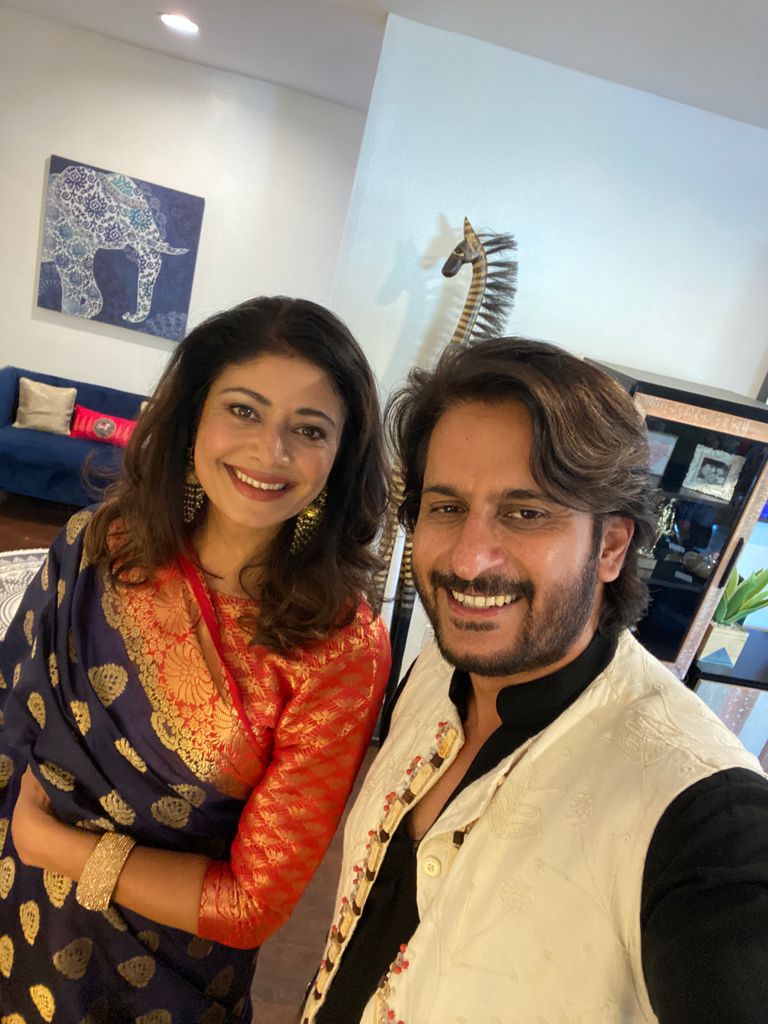 Actor Amit Sarin, who recently starred in a Hollywood film titled Between Mountains, got Ganpati home in Los Angeles where he is based now.

He keeps Ganpati for 10 days. It’s a ritual that he has been following for the past 10 years. “I am a firm believer of Lord Ganesha. Bappa blesses everyone. We have survived the pandemic and realised tough times never last, tough people do,” he said about the annual festival that started.

His director wife Vineesha beautifully decorated Ganpati as well as the house and they had a special visitor this year.

Actress Pooja Batra visited Amit in Los Angeles. Amit and Pooja have known each other for years. Before shifting to the US, Amit featured in popular Hindi TV shows like Pavitra Rishta and Kyunki Saas Bhi Kabhi Bahu Thi.