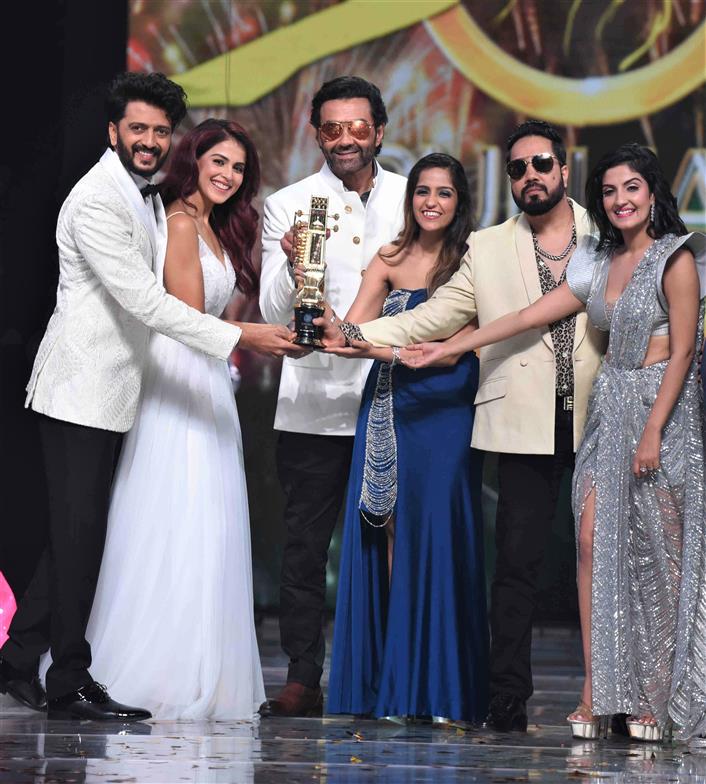 The punjab lions team with judges and guests

The first edition of singing reality show Indian Pro Music League came to an end on Sunday with Punjab Lions lifting the trophy. The grand finale saw the presence of three special guests — Riteish and Genelia Deshmukh, along with Bobby Deol. While the trio as well as the six teams had a gala time singing and dancing their hearts out on the final day of the shoot, it was Mika Singh and Asees Kaur’s team, Punjab Lions, which emerged as the winners.

Mika Singh said, “To be honest, it wouldn’t have been possible without the constant effort and hard work of all my team members — Asees Kaur, Rupali Jagga, Shehnaz Akhtar and Divya Kumar.” He added, “I would also like to give a shout out to the teams that we were competing against, as each one of them was amazing in their own way and it was a healthy ‘musical’ battle; one that I will definitely miss. We have learnt a lot from everyone, and I will take this experience and keep entertaining. I would also like to take this opportunity to thank everyone who showered their love and blessings on us and helped us win.” Meanwhile, Punjab Lions’ new voice Shehnaz Akhtar won the best fresh voice award and was gifted a car.