Regressive or sanskari?: Netizens give their verdict on Pranitha Subhas's pooja photo 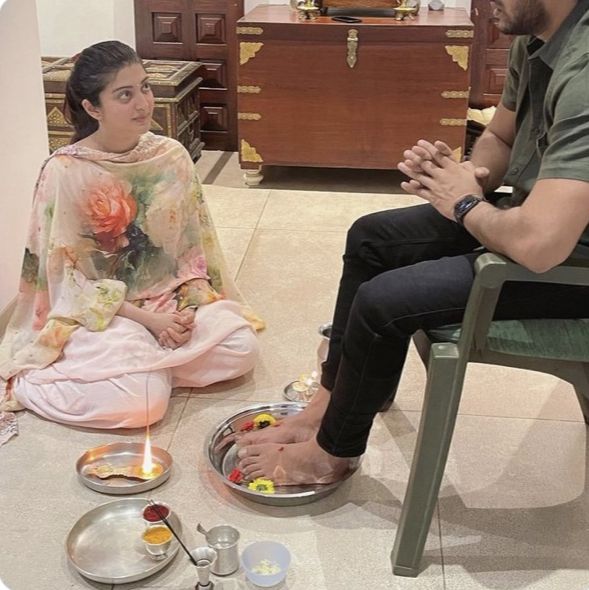 In the ever-so-sensitive social world, actor Pranitha Subhas’pooja photos has the netizens divided. The actress, who has worked in Kannada, Telugu, Tamil and Hindi films, recently posted some pictures from Bheemana Amavasya ritual. A picture showing her sitting at her husband Nitin Raju’s feet has got the netizen’s attention. Some are calling it a regressive act and others hailing her as the ‘dream wife’.

“Marry a girl who can do this for you,” posted a Twitter user with the picture. “Remember when you promote this: You are contributing to the killing of thousands of girls inside and outside their mother’s womb. The little girls who are killed for being girls,” tweeted yet another. Pranitha stands by her picture and all that it signifies. An old video of her in which she says “I am a practising Hindu, who is very proud of her culture, her tradition’ is also doing rounds on social media. —Mona