In City Beautiful, the cast of Liger talks about how the film has been a learning curve : The Tribune India 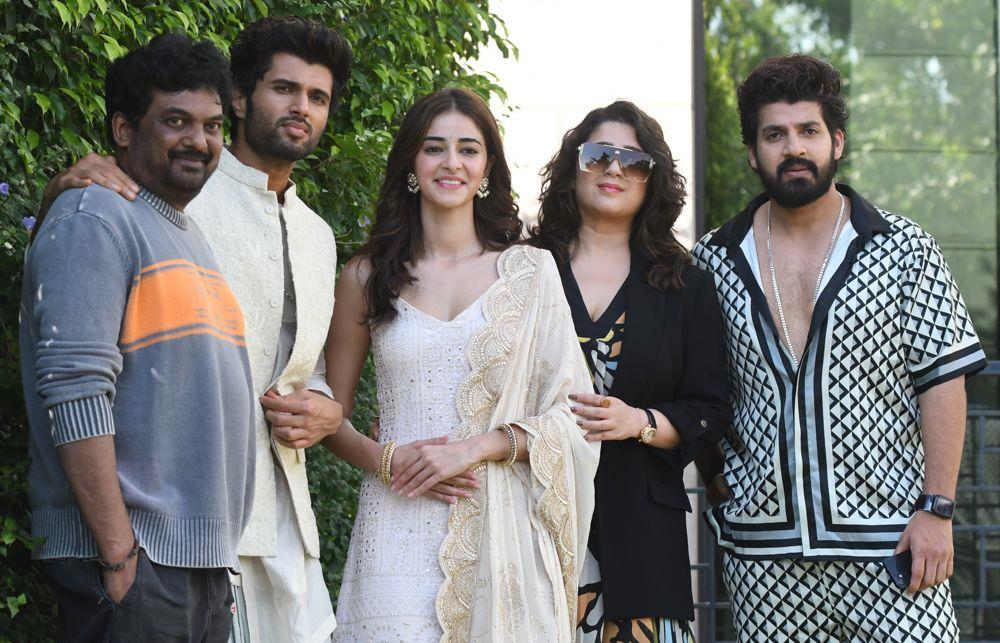 As Vijay Deverakonda and Ananya Panday land in City Beautiful to promote their upcoming film Liger, they do all things Punjabi, right from a photoshoot in the khets (Ananya’s dream DDLJ moment) to eating at a local Punjabi dhaba and releasing the only Punjabi number of their film, in style.

Earlier, I did audition for films, but now I have reached that stage that I do not have to audition, but rather select from the scripts that I get — Vijay Deverakonda, Actor

It’s a surprise package and much more like I am in real life. She is a millennial girl, a social-media influencer, perhaps, the only one in the film. — Ananya Panday, Actor

Dressed in off-white asymmetrical kurta and a lungi, Vijay looked a combination of Punjab and Telangana, whereas antagonist Vish was in a cool pair of shorts and Ananya in an ethnic dress. Director Puri Jagannadh and producer Charmme Kaur were keen to launch the Punjabi number, Coka 2.0, remake of Punjabi singer Sukh-E’s Coka, in Chandigarh, and Vijay confesses it is his favourite from the film.

Vijay is seen in a turban in the video while Puri is seen in a cameo in this fun number. So, would he like to essay a Punjabi character on screen? The actor answers, “It was definitely hard to lip-sync the song in Punjabi, but not because of the language. Actually, while filming it, I was under the weather and when you have to match that energy, dance and also, well, sing the song, it becomes hard. My song was not an audition for any role, but, yes, I believe my film has always been one big audition. For the fair amount of time, I did audition for films, but now I have reached that stage that I do not have to audition, but rather select from the scripts that I get.”

The trailer doesn’t reveal much about Ananya Panday’s character and the actress is mum on what it will be like, she says, “It’s a surprise package and much more like I am in real life. She is a millennial girl, a social-media influencer, perhaps, the only one in the film — jo action karti nahi karvati hai (who doesn’t do action, but makes others do it for her).” She adds, “I would like to be loved for the characters that I have lived or will live on screen.”

Vish, who is playing the antagonist along with the legendary boxer Mike Tyson, shares, “I cannot reveal much on whether I have scenes with Mike Tyson, but I definitely feel this film and the character that I play has been a dream. I have been training in martial arts for more than seven years and it felt like it has been for this particular film.”

The cast says the only thing they wanted was to release the film by 2020, which got delayed but the success that a RRR, a KGF or a Pushpa enjoyed has been heartening. On a lighter note, Ananya jokes how she has aged during the time, not forgetting how she gained a fresh perspective as an actor wherein her confidence grew manifold.

As for Ananya, she looks forward to savouring butter chicken in the evening.